Addresses business practices that threaten health of its members' businesses 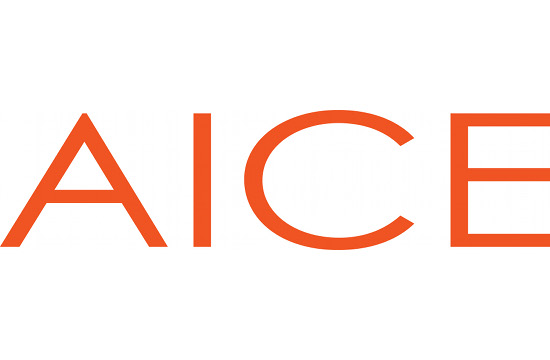 AICE, the marketing communications post production industry association, has issued an important policy statement that addresses head-on a list of current business practices that, when taken together, threatens the health and vitality of its members’ businesses.  The move is an effort to confront a number of trends emanating from advertisers and agencies that AICE members view as generally devaluing the contribution of post production to the success of marketing communications campaigns.

In addition to the release of this policy statement – which has been distributed to all member and associate member companies of the association and will be shared with industry groups on both the ad agency and marketer sides of the business – AICE has also formed a standing Business Affairs Committee.

This new committee includes representatives from every major AICE Chapter in North America and is headed by a veteran post production executive with broad experience. It has been tasked with creating a forum where issues and concerns can be shared with their business affairs and production management counterparts on the agency and client sides.

As the statement notes, “the post production industry has been under serious financial pressure to deliver the same quality work and level of service agencies and clients have been accustomed to, with significantly reduced budgets and shortened schedules.”  It cites six areas of particular concern, ranging from competition from in-house agency facilities to the establishment of preferred vendor lists to the pressures brought on by sequential liability clauses that drag out payment terms.

It’s against the backdrop of these factors that certain larger marketers such as Procter & Gamble, Mondelez, AB InBev, Johnson & Johnson and others have begun to propose extending payment terms beyond 30 to 60 days norms to as much as 120 days or more.  The statement addresses this issue as well.

“The imposition of extended payment terms could cripple many post production companies, drive them out of business and deprive advertisers and their agencies of such valued and important resources,” the statement asserts.  It lists several key actions that AICE members might consider taking to counter such practices, including withholding delivery of key elements pending final payment, demanding greater percentages of bids before commencing work, declining to bid on jobs from marketers who are deemed to be slow payers and others.

The statement urges greater education on all parts to better define the pivotal role post production companies play in the advertising creation process and to illuminate how current business practices are undercutting the industry’s ability to continue to deliver what’s demanded by clients.

In addition, the statement calls for “advertisers, agencies, production companies and the post production industry to work together to develop a mutually-beneficial solution to this increasingly untenable economic situation.”

Both the adoption of the policy statement and the establishment of the Business Affairs Committee portend a more activist role for AICE in the ongoing dialogue over issues like fees, competition and ROI that have dominated the marketing industry of late.

“We want to humanize what these broad, sweeping actions can mean, and dramatize the outcome they can have on our companies and our people,” says Tagert about the initiatives.  “Our industry is under siege, and this has motivated us to act.  We want fairness in how we’re dealt with and we want appreciation for our contribution to our clients’ success.  AICE is dedicated to the support of our industry and our members, and this is one way of demonstrating that.

Tagert adds that, over the years, post production companies (as well as other suppliers to the marketing communications supply chain) have had to endure increasing demands for services and deliverables with little or no consideration in terms of schedules or additional compensation, and it’s time that these companies collectively raise their objections. “We’ve buckled under left, right and center, and things have gotten to the point where we just can’t stand by any longer and say that this is acceptable,” Tagert adds.

Tagert points out to those who might say market conditions are dictating these changes, and not a determined and calculated insistence on squeezing profits out of suppliers, that post production companies, just like all other vendors in the ad creation and production business, are simply asking for what clients expect.

“Just as these huge, publicly-traded global companies are entitled to healthy bottom lines and regular cash flow, so are we,” Tagert states.  “We’re entitled to make a profit, and we’re entitled to expect timely payment for our services.” Increasingly, she adds, post production houses are having trouble achieving either.