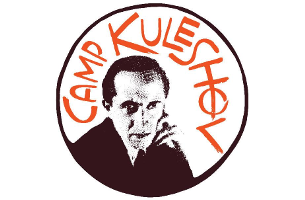 The spirit of Lev Kuleshov was felt from coast to coast over the past week as AICE Chapters across the US Canada held their 2016 International Camp Kuleshov trailer competitions for assistant editors, graphic designers and audio mixer/sound designers.

Under the new format adopted by AICE last year, all assistants in each participating chapter worked from the same set of source films and creative briefs. With a call for entries issued late this summer, already overworked assistants at dozens of AICE member post production companies set to work creating new trailers that presented existing films as of another genre or from a specific director, or changed them up entirely to create new films that never existed.

Once all the participating chapters have announced their winners, the First Place finishers in Editing, Sound Design and Graphic Design will compete against each other for the honour of being awarded “The Lev,” the International Camp Kuleshov Grand Prize in each category. In addition to receiving a special award named for the famous Russian film theorist who inspired Camp Kuleshov, the winners will receive cash prizes and their work will be recognised at the 2017 AICE Awards show in New York this May.

The 2016 round of CK events started on Wednesday, Oct. 12 in Toronto, when that chapter held its awards presentation at Dundas Video. The winner in the Editing category was Assistant Editor Matthieu Belanger of Married to Giants, who won with his comic take on “Indiana Jones and The Last Crusade,” re-worked in a ‘Versus/Face Off’ genre. Second Place went to Assistant Editor Colin Murdock of Rooster for his Crime Comedy take on “The Matrix Revolutions.” Third Place went to Assistant Editor David Larocque of School Editing for his version of “Indiana Jones” as directed by Danish bad boy filmmaker Nicholas Winding Refn.

The competition kicked it up the following week when four additional chapters held their awards celebrations: New York and Chicago, on Oct. 18, and Detroit and San Francisco on October 20. Los Angeles held its awards event the week after – on Oct. 25. In addition, the Texas chapter has concluded its judging and will schedule its awards event to announce the winners in the near future.

In New York, chapter members again gathered at the M1-5 Lounge to salute the winners. First Place in Editing went to Assistant Editor Erica O’Brien of P.S. 260 – the second year in a row an assistant from this shop won the top Editing prize – for her re-imagining of “Indiana Jones” as a Screwball Comedy. Second Place went to Assistant Editor Quincey Martin-Chapman of Cosmo Street for her Serial Killer/Cannibalism take on “National Lampoon’s Christmas Vacation.” Third Place also went to an assistant from P.S. 260, Caroline Yost, for her Sci-Fi take on the French thriller “Three Colors: Red.”

This is the second year in a row that P.S. 260 kicked butt at CK in New York: their assistants also won First Place in Editing and Graphic Design last year, as well as an Honourable Mention in Editing.

The Chicago CK celebration was held at Fremont Chicago, the cavernous restaurant and nightclub. As in the past, the chapter honored winners in two areas: its regular CK contest as well as its unique Tent City competition, which is open to anyone working at an AICE member company regardless of position or job function, provided they’re not already working as full or assistant editor, designer or mixer.

The Editorial Camp Kuleshov winner in Chicago was Assistant Editor Jarrad Quadir of Utopic for “Red Hearts,” his genre-bending twist on “Red Dragon,” the third of the Hannibal Letcher films, recast as a Parody. First Runner-Up in Editing also went to a Utopic assistant: Adam Bruno, for “Prank Caller,” his Crime Comedy mashup of “Three Colors: Red” and “Red Dragon.” Second Runner-Up in Editing was Christina Bolanos of Hootenanny for her Crime Comedy version of “Red Dragon.” Honorable Mentions were presented to Ben Winter of Optimus for “The Goonies Part 3” and Kalen Kirkpatrick of Cutters for “The Neo Demon.”

In the Chicago Graphic Design category, the winner was Assistant Designer Mack Neaton of Flavor for her psychedelic, pop art-inspired title sequence for the concert classic “Woodstock.” Runner-Up in Graphic Design was Assistant Designer Peter Hebein of Protokulture for his cut-out animated opening for the UK action movie parody “Hot Fuzz.” Honorable Mention also went to an assistant at Protokulture, Scott Wilson, for his sequence for the thriller “Contagion.”

In Sound Design, the winner was Assistant Mixer Jordan Stalling of Particle Audio for his layered sound design for “Playtime.” Runner-Up was Assistant Mixer Brad Nayman, also of Particle Audio, for his tense sound design for the Joel Schumacher thriller “Phone Booth.” Honourable Mention went to Alex Paguirigan of Another Country, also for “Phone Booth.”

In Chicago’s Tent City competition, the Editorial winner also came from Utopic: Cole Freedman won for “The Canine Cannibal,” a Serial Killer/Cannibalism twist on the animated ‘Wallace & Grommet’ feature “A Close Shave.” Runner-Up in this category was Allie Fohrman of The Colonie for “The Bonus,” a Mob Film take on “National Lampoon’s Christmas.” Honourable Mention went to Adam Henkel of Optimus for “Scout's Honor.”

In the Tent City Graphic Design contest, the winner was Kathryn Schade, also of The Colonie, for her distressed film and animated opening for “Woodstock.” The Tent City Sound Design winner was Fredrick Crittenden of Optimus for his taut sound design for a segment of the 1979 horror film “When A Stranger Calls.”

The Detroit event was held at Beast Editorial in Royal Oak, followed by a reception at the nearby Oak City Grill.  The winner in the Editing category was Assistant Editor Lisa Roberts of Territory for her take on the loveable “Back to the Future Part III” as a Serial Killer/Cannibalism genre film. In the Sound Design category the winner was Assistant Ben Keeler of Hudson Edit for his chillingly macabre sound design for a pivotal scene in the original 1925 silent version of “Phantom of the Opera.”

San Francisco’s presentation was held at the offices of One Union Editorial. The Editing winner was Seth Andrews, Assistant Editor at Beast, who won on his first time entering Camp Kuleshov. He won for his version of “The Matrix Revolutions” reworked as a Screwball Comedy. The Sound Design winner was Isaac Olsen, Assistant Engineer at One Union Editorial, who won for the second year in a row, this time for his jarring sound design for “Phone Booth.” Second Place in Sound went to Declan McBride, Assistant Engineer at M Squared, for his EDM-infused track for the original 1954 version of “Godzilla.”

The Los Angeles Chapter’s Camp Kuleshov was held on Oct. 25 at The Mandrake Bar, where First Place in Editing went to Assistant Editor Eli Beck-Gifford of Cut + Run for his Japanese Samurai version of “The Karate Kid.” Second Place in Editing went to Assistant Andrew Corrales of Cosmo Street for his trailer for “The Good, The Bad and The Ugly” as directed by Stephen Spielberg.

The L.A. Graphics Design winner was Assistant Designer Thom Reimerink of jumP L.A. for his opening title sequence for the film 2011 thriller “Contagion.” In Sound Design, the winner was Assistant Mixer Brandon Kim of Therapy Studios for his jarring sound design on a segment of “The Conversation.”

The roster of source films assistants could choose from in the Editing category focused on third instalments of feature film series both classic and campy, ranging from “Back to the Future Part III” and “The Godfather: Part 3” to “Crocodile Dundee in Los Angeles” and “The Bad News Bears Go to Japan.” For Sound Designers, CK16 tasked them with taking an excerpt from a film and sound designing it as a scene now different in tone or intent. And for Graphic Artists, the brief was to choose from a list of films, none of which have extensive opening title sequences, and create a new one that reflects what the film is all about. To view the full list of source films and rules for each category in the 2016 CK competition, click here.

Camp Kuleshov organizers once again thanked the local and international supporters and volunteers who helped make the events possible. Topping this list were international sponsors Avid, which donated an Avid Media Composer for the First Place winners in Editing and a ProTools system for the First Place winners in Sound Design, and Key Code Media, which donated the $1,000 cash prizes that will be presented to the “Lev” Grand Prize winners in Editing, Graphic Design and Sound Design.

The Graphic Design winner in New York received an Intuos Pro Professional Creative Pen and Touch Tablet by Wacom, courtesy of Camp Kuleshov New York sponsor T2 Computing, while the winner in Chicago received a subscription to Adobe Creative Cloud. Second Place winners in other chapters received a variety of prizes provided by local sponsors or by the chapters themselves.