Chapters around North America and the new ‘@ Large’ competition present winners over a week of trailers, honouring assistants for their work in editorial, sound design and graphic design 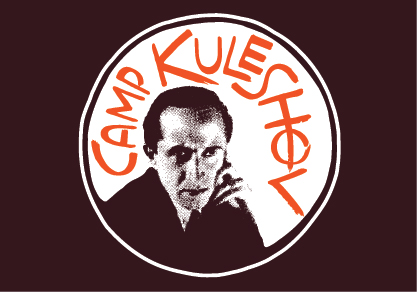 Whether it was re-tooling “Zoolander” in a tight thriller or transforming “The Music Man” into a classic heist film, AICE assistants at post houses around the country rallied to the task and clearly nailed it. At least that’s the takeaway from the 2017 Camp Kuleshov trailer competition, which announced its winners at chapters across the US and in Canada over the past two weeks.

Camp Kuleshov is AICE’s annual contest in which assistants accept the challenge of creating compelling and persuasive film trailers and turn them into showcases for their problem-solving capabilities and their skill in the post production crafts. This year, CK contests in Editorial, Graphic Design and Sound Design were held in six AICE Chapters: Chicago, Detroit, Los Angeles, New York, Toronto and Texas. A new contest was also held, dubbed ‘@ Large,’ for those assistants working either at AICE member companies not based within a specific chapter or whose chapters have a low enrollment.

CK events kicked off in Dallas on Oct. 18, when Texas presented its winners at a screening and party held at 3008. The following week, three events took place on Oct. 24: Chicago’s was held at the club Rock Bottom; Detroit’s unfolded at Hudson Edit and Toronto’s occurred at SoHo House. The following day, events were held in Los Angeles at jump and in New York at M1-5 Lounge.

In a switch from previous years, all assistants, regardless of category, had to choose from the same list of source films. That eclectic menu included films like “The Manchurian Candidate” (the ’62 original, not the remake), “The Thing With Two Heads,” the aforementioned “Zoolander,” “The Doors,” the animated thriller “A Scanner Darkly,” the sci-fi classic “Them,” “The Music Man” and several others. Among the genres assistants could play with, mix up or switch around were Dystopian Drama, Heist Film, Worst Movie Ever Made, Road Film and Directed by Oliver Stone.

In the Editorial category, assistants were to choose from the source films and craft new trailers that presented their selections in the guise of a different genre. They could also change them up entirely to create new films that never existed. The Graphic Design assignment was shifted this year; rather than create opening title sequences, entrants were to create trailers like those in the Editorial category, but driven largely by compositing, animation, effects or other tools of a graphic artist. The Sound Design entrants were tasked with choosing a 90-second section of a film and sound designing it to give it a different intent than the original.

Winners of these categories at the chapter level then go on to compete head to head for the grand prize awards, named “The Lev,” which will be presented later in November.

The Chicago CK celebration honored winners in two areas: its regular CK contest as well as its unique Tent City competition, which is open to anyone working at an AICE member company regardless of position or job function, provided they’re not already working as editors, designers or mixers.

The First Place in Editorial went to David Rubin of Cutters, who’s won this category twice and was the International “Lev” winner in 2015. He won this year for reimaging “The Manchurian Candidate” as an Oliver Stone film. First Runner Up was Jacob Swartz of Cutters for “Madam President,” a take on the political “Dave” as a Political Thriller, and Second Runner Up was Jarrad Quadir of Utopic (who won this category last year) for “Real Inferno,” his remix of “A Scanner Darkly” and “Zoolander” as a Dystopian Drama. Honorable Mentions went to Jenny Schaye of Optimus and Ben Winter, also of Optimus.

Chicago’s Graphic Design First Place honor went to Jacob Wilson of Flavor for “The Manchurian Candidate” as a Political Thriller. Runner Up was Ben Pokorny of The Colonie (who won in 2015) for “Vanlander,” a hybrid of “Vanishing Point” and “Zoolander.” Honorable Mention went to Mack Neaton of Flavor (2016’s Graphic Design winner).

In Sound Design, First Place went to Jordan Stalling of Particle Audio for his reworked sound design on the silent film, “Man With a Movie Camera.” (Stalling is a regular in the CK winner’s circle; this is his third win in this category, and he won the Sound Design “Lev” last year.) Runner Up was Danny Harris of Earhole Studios for “A Scanner Darkly.” Honorable Mention went to Logan Vines of Another Country.

Chicago’s Tent City Editorial winner was Nick Murhling of Cutters for “The Zoolander,” a Political Thriller. Runner Up was Allie Fohrman of Optimus for “Eastworld,” a “Zoolander” and “Dave” mashup cast as Sci-Fi. Honorable Mention went to Alyse Patrick, also of Cutters. The Graphic Design Tent City winner was Kathryn Schade of Optimus for “Zoolander” as a Sci-Fi film. Runner Up was Eleanor Schichtel of Method Studios. The Sound Design Tent City winner was Victoria Salazar of NoiseFloor for “Man With A Movie Camera” as a Comedy. Runner Up was Niko Gerentes, also of NoiseFloor, for “1984” as an Informational film.

In Detroit, First Place in Editorial went to Ryann Daigler of Hudson Edit with her trailer for “Let The Right One In” as a Road Movie. Second Place in Editing went to Andrew Renaud, sponsored by Beast, who reworked “Zoolander” into a Film Noir piece. Detroit’s Sound Design winner was Tyler Hoffman from Yessian, who won for his sound design for “Man With A Movie Camera.”

In Los Angeles, First Place in Editing went to Zaldy Lopez of Exile for “Le Glitter,” a Foreign Film version of the clunker “Glitter.” Second Place went to Rex Lowery, also of Exile, for “Natural Born Models,” his version of “Zoolander” as directed by Oliver Stone. And Third Place went to Alexandra Jimenez of Cosmo Street who turned “Zoolander” into a Dystopian Drama in her entry, “Zoo Runner.”

In Texas, First Place in Editing went to Alex Heisterkamp of Lucky Post for his version of “The Music Man” as a Dystopian Drama. There was a tie for Second Place in Editing, shared by Jackson McMartin of 3008 and Chance St. George of TBD Post. Also winning in Texas was Noah Smith of Republic Edit, who won First Place in Sound Design for “A Scanner Darkly.”

The top winners in each chapter (except for Chicago’s Tent City winners) will be judged by a separate jury, which will declare top international winners in Editing, Sound and Graphic Design. Each of these winners will receive “The Lev,” named for the famous Russian film theorist Lev Kuleshov, who inspired Camp Kuleshov. All “Lev” winners will have their work screened at the 2018 AICE Awards in Los Angeles and will also receive a $1,000 cash prize, donated by CK sponsor Key Code Media. Additional prizes were awarded to category winners at various chapters, depending on local sponsorship agreements.