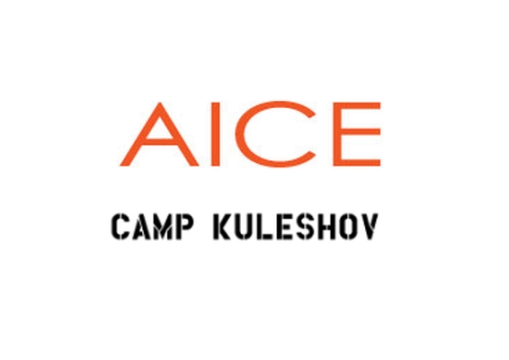 Assistants got their night to shine as top prizes in two AICE Camp Kuleshov trailer competitions were presented at events held Wednesday evening, November 12, in both New York and Los Angeles.

In New York, the top prize in the editing category went to Assistant Editor Tommy Button of Crew Cuts for his take on the 2001 summer camp comedy “Wet Hot American Summer,” re-imagined as a Martin Scorsese film. The brief for the competition was to take a film from a list of 19 classic or iconic motion pictures and re-imagine them as though they were from a different genre, had been directed by a different director or had been written by a different screenwriter.

In Los Angeles, the top prize for editing went to Assistant Editor Ramon DeSouza of Cosmo Street for his entry titled “Duk Duk Dead,” in which he re-cast the 1980s classic “Sixteen Candles” as a zombie/horror movie.  The L.A. competition’s brief was to create either a genre switch or a mash-up of any of three classic films from that decade; the list included “E.T.” and “Beverly Hills Cop.” 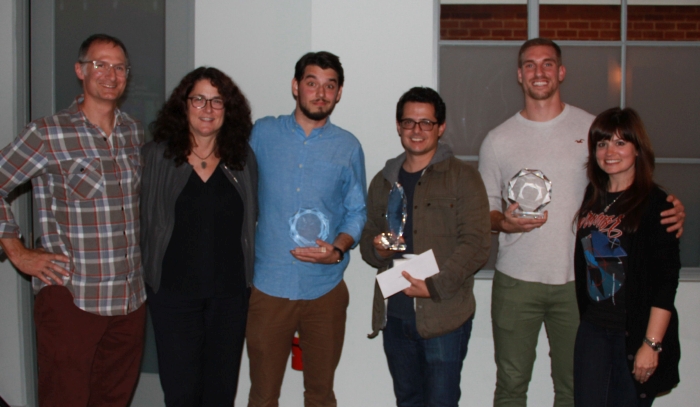 Second Place in the CK New York editing category went to Assistant Editor Tim Avery of Northern Lights, who recast “The Last Temptation of Christ” as a sci-fi film. Third Place went to Assistant Editor Trevor Myers from Work Editorial, who re-worked David Lynch’s cult classic “Eraserhead” as an urban love story. An Honorable Mention was bestowed on Assistant Editor Colin Reilly from P.S. 260 for his comedy trailer for “Dances With Wolves,” as directed by Woody Allen.

In addition to the top prizes for editing, Camp Kuleshov New York’s contest included separate categories for Assistant Audio Engineers and Sound Designers and for Assistant Graphic Designers.  The brief in the audio category was to take any ninety-second clip from the silent classics “The General” or “The Gold Rush” and create a sound design to match it.  In the Graphics category, the assignment was to take one of the 19 films from the editing category and create a one-sheet poster that presents the film as from a different genre, director or writer. 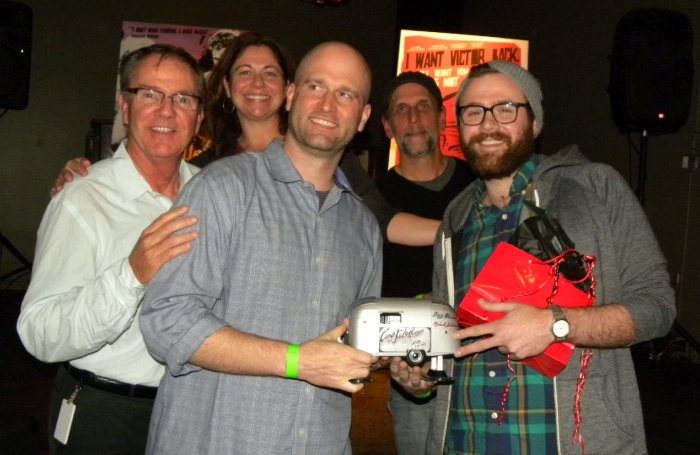 Camp Kuleshov winners at both chapters received prizes along with their awards.  In New York, the first prize winner for editing, Tommy Button of Crew Cuts, was presented with an Avid Media Composer, courtesy of Camp Kuleshov sponsor Avid. Button also gets to possess the commemorative Camp Kuleshov “trailer” trophy for the next year. Second prize of an Avid Color Surface went to Tim Avery of Northern Lights, also provided courtesy of Avid.  The Third Prize winner, Trevor Myers from Work Editorial, received a $100 gift card from sponsor NiteHawk Cinemas.

Among the prizes handed out in Los Angeles were an AJA Systems T-Tap, courtesy of sponsor New Media Hollywood, and $300, presented to the First Place winner, Ramon DeSouza of Cosmo Street. Prizes of $200 were presented to Second Place winner David Andreini of Cutters and $100 to Third Place winner Dillan Ostrom of Therapy.

The New York Camp Kuleshov event was held, as it has been for the last several years, at Bar M1-5 on Walker Street in SoHo, while the L.A. event was held at the offices of Cutters Studios in Santa Monica.  On hand at the New York event were Chris Franklin, Owner & Editor of Big Sky Editorial, who is the co-organizer of the New York contest with Big Sky Editor Valerie Lasser, and AICE Executive Director Rachelle Madden.

On hand in L.A. were AICE International Board President Craig Duncan, EP and Partner and Cutters Studios; L.A. Chapter President Betsy Beale of jumP; Yvette Cobarrubias-Sears, EP at Cosmo Street, who was the co-organizer of the event; LaRue Anderson, EP and Managing Director at Apache and VP of the L.A. Chapter, who was also co-organizer; and Tim McGuire, Founder of Cutters and Past President of AICE’s Chicago Chapter.