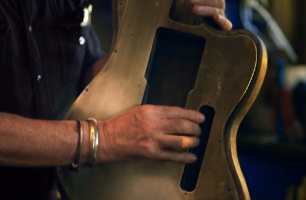 Documentary-style storytelling – often featuring real people and presenting compelling situations rooted in reality – has become increasingly popular with agencies and marketers as an authentic means of conveying brand messages. This surging trend is reflected in the AICE Awards’ newest category: Docu-Style. Added to the post production industry’s premier competition for creative and craft excellence, this category will honor work in the demanding documentary-style and reality-based genre, one where the role of the editor can become even more critical in shaping the flow of the narrative.

“The AICE Awards has continually evolved to reflect new technology in how post production work is accomplished as well as new techniques in how our clients’ stories are told,” says AICE Executive Director Rachelle Madden. “After careful consideration, our Awards Committee proposed to our International Board that we recognize the growing body of work that falls under the docu-style heading, and they responded enthusiastically.”

A 90-second video that won the 2015 AICE Award in the Best of Boston category. edited by Peter Barstis of EditBar, is an example of the documentary-style form of storytelling that the new Docu-Style category was created for, adds Madden.

In addition to inaugurating the new category, the Awards Committee – comprised of Chris Franklin of Big Sky Edit in New York, Craig Lewandowski of Utopic in Chicago and Bob Spector of Beast in San Francisco – also moved to rename and redefine the competition’s approach to work designed to run outside the traditional media channels of broadcast, satellite or cable television. Formerly known as Alternative Media, these two categories – one for entries ‘90 Seconds or Under’ and another for entries ‘Over 90 Seconds’ – now fall under the heading Digital Content.

Entries for these categories must be produced for a digital content platform, commissioned by a client as a commercial release and may not have aired on broadcast media (i.e., network, cable or satellite). Non-broadcast work, however, can still be entered into other categories of the competition, such as Automotive, Comedy, Montage, Audio Mixing, etc.

And in an additional change to previous years, the competition has put a cap on entries in all categories of five minutes, with the exception of entries in the Music Video category. “We made this decision in an effort to help level the playing field during the judging process,” says Madden, “as jury members had commented in the past about the challenge of comparing long-format works to pieces of considerably shorter duration.” As branded content and web video work has grown in popularity, she adds, the competition was increasingly seeing entries ranging in running times up to thirty minutes. “We feel with the addition of the Docu-Style category, this trend is expected to continue, so we wanted to address it officially.”

Full details on entering the 2016 AICE Awards, along with a description of categories, rules and entry requirements, can be found here. The deadline for entries is Monday, February 8, 2016.  Winners will be presented in Chicago at the 15th annual AICE Awards show, scheduled for May 12 at Navy Pier.