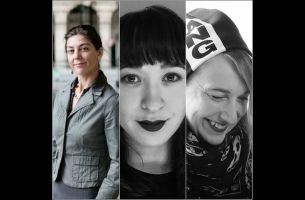 AICE has announced the editors and post production artists who’ll serve on the 2017 AICE Awards Curatorial Committee. The roster this year includes talent from member companies across the US and in Canada, including from its newly re-launched Atlanta Chapter, which formed earlier this year.

The Curatorial Committee ensures that all AICE Awards finalists selected by the judges are appropriate for and meet the criteria of each category. It also selects the Best in Show winner from among the respective category winners. The category finalists and winners are determined from the results of online and live-panel judging sessions currently being conducted in AICE chapters across the country. Once the results are tabulated, the Curatorial Committee reviews the results to confirm that the winners are both eligible and worthy of an AICE Award.

Editors on the list include the three members of the AICE Awards Committee: Chris Franklin of Big Sky in New York, Craig Lewandowski of Utopic in Chicago and Bob Spector of Beast in San Francisco. Also serving on the committee are Editors Liz Tate of Hootenanny in Chicago, Alison Gordon of Relish in Toronto (at left in accompanying photo), Kim Bica of Arcade Edit in Los Angeles and Conor O’Neill of Exile, also in Los Angeles.

The competition’s craft categories are represented by Colourists Ayumi Ashley of MFD in San Francisco (pictured, centre) and Billy Gabor of Company 3 in Atlanta; Audio Mixers Keith Reynaud of Heard City in New York and Brian Yessian of Yessian in Detroit; and VFX Artists Brian Higgins of Flavor in Chicago and Anne Trotman of The Mill in New York (pictured, right).

Many of those on the committee have served as judges for the AICE Awards in the past, but this is their first time taking part in the Curatorial Committee deliberations. The value of a juried competition dedicated to post production, judged by industry professionals, is not lost on them.

“It’s really important, because mainly what we do in post production is create magic,” says The Mill’s Trotman, who’s a Senior Flame Artist. “Often people don’t see what we do, as the work can be seamless. Yet those of us in the industry know how hard we all work to achieve this, and how motivated everyone is to do work that they’re genuinely proud of.”

“I think it validates us as a craft,” says MFD’s Ashley, who’s also a partner at MFD. She points out that this year the competition has expanded its colour grading categories, adding, “that’s particularly good for colourists. Having a respected organisation like AICE honour us creates a culture of value around our work.”

Beyond helping ensure the most deserving work is recognised across the breadth of the competition and selecting its prized Best in Show winner, committee members say they’re excited about other parts of the process as well.

“I’m looking forward to the community aspect of this,” says Ashley. “As both an artist and a business owner, it’s important to be part of a network that brings us together as an industry. It will be good to be able to do that on a national level and in an open forum such as this.”

“You get great insights into what your colleagues think, and how they perceive the work,” adds Relish’s Managing Editor Alison Gordon. “I find it fascinating. And it’s difficult to do, to focus on the specific craft or editing in each category and determine just what it is that makes it stand above.”

The 2017 AICE Awards, the association’s 16th annual competition, comprises 24 categories, 16 for editorial and eight for post production crafts including audio mixing, colour grading, design, original music, sound design and visual effects. Winners will be announced at the AICE Awards Show on Thursday, May 11th at Capitale in New York. 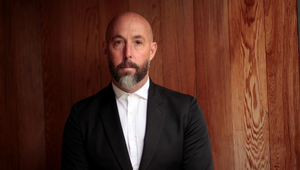