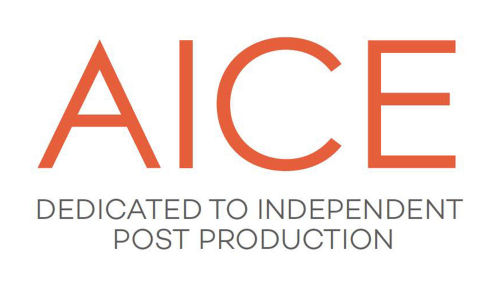 Defining itself as being “dedicated to independent post production,” AICE has incorporated this mantra into its branding and identity and added it to a refreshed, streamlined logo that will appear on all of its communications, both online and in print.

The positioning reaffirms the entrepreneurial status of its member companies’ ownership and differentiates them from the growing number of ad agency in-house post production entities as well as larger, centralized post operations being launched by ad agency holding companies.

“We’ve added this important statement to our identity because it’s what truly sets AICE member companies apart,” says Rachelle Madden, executive director of the association. “Our independence is what allows us to stay on the cutting edge of post production in terms of creative talent, technology and capability. As independently owned and operated businesses, our members know the importance of not just being competitive, but keeping ahead of the curve.”

The move comes as AICE (www.aice.org) continues to push for a greater level of transparency in post production as it relates to business practices between post houses, ad agencies and clients. The association has released several pointed position papers detailing ethical and fairness issues surrounding competition from in-house post facilities, and has sought to engage its partners on the agency and client sides of the industry in ongoing discussion about these concerns.

Design and layout on the refreshed logo and slogan was done by Joe Macken, lead designer at Allied Motion Packing Co., the graphics division of Beast in San Francisco. The new slogan was enthusiastically endorsed by the AICE’s International Board at its meeting last month.