Agency NBS' 'Favelagrafia' Project Shows Another Side to Rio's Favelas 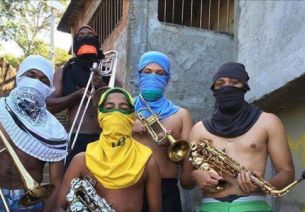 Recently, a truly striking photo was transformed into a hit across various social networks. The image shows five young men in a community in Rio de Janeiro, barefoot, with shirts covering their faces and musical instruments in their hands. With the caption "not everyone uses the same weapons," the image went viral and gained notoriety for being counter to so many pictures of heavily armed bandits, a stereotype of Rio’s favelas.

"My intention is to go against the grain of what reaches the newspapers. From an image reference that runs in the media, to change that impression that only war and violence happens in the communities,” explains Anderson Valentim, author of the photo and one of nine photographers who are part of the Favelagrafia project.

Created by NBS Rio+Rio, the social arm of the Brazilian advertising agency NBS, the Favelagrafia project has selected nine young talents in communities of Rio de Janeiro with the proposal to offer a new, never before seen look at the slums. The photographers received an iPhone and a photography workshop before they started their mission of photographing their daily lives, scenes that they come across, neighbours who share their routines, and more. 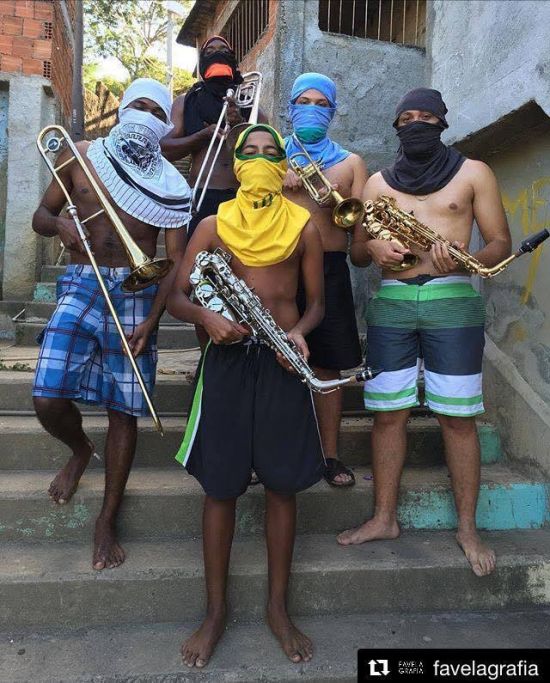 "The project arose from an annoyance that concerns the image of the slum. Almost always it's a stereotypical image, which involves references to drug traffic, to arms, to something dangerous. But the slums are much more than that. They are places full of talents, of beauty, of peculiarities. And only the slum dwellers have legitimacy to bring this new look to media,” says Aline Pimenta, director of NBS Rio+Rio.

The images produced by the project are shared through social networks accounts like Instagram and Facebook, and have successfully shown that violence is not the only thing present in Rio communities day by day. "What comes out of the hill is only bad things, but it only represents about 10% of what's out there. The other 90% are spectacular stories,” says Valentim.

In November, the Favelagrafia project will have an exhibition in an art gallery of Rio de Janeiro that will also launch with a book and a website. "After that, the project will continue to exist,” says Aline. "We will prepare the project photographers so that they can become a professional collective. The idea is that they can eventually work and support themselves with photography as a profession,” she concludes.