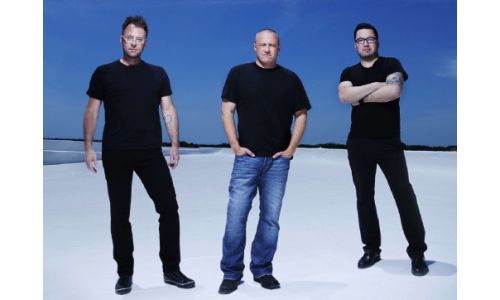 3Headed Monster, a new model agency, has launched in Dallas.  The shop, founded by veterans of holding company agencies, digital agencies and design studios, opens with an emphasis on integrating brand storytelling, design and technology at its inception.

Partnering at 3Headed Monster are Founder and Creative Chairman Shon Rathbone, Creative Director Mark Ford and Creative Director Rey Nungaray. Rathbone was most recently EVP and Executive Creative Director at Publicis in Dallas, and before that he worked at Leo Burnett, Carmichael-Lynch and Hal Riney. Ford is a designer who spent 15 years at various West Coast design boutiques, working on brands like Nike and Coca-Cola.  Nungaray is a digital specialist who recently left Sapient Nitro in New York, where he worked on Diesel and Godiva.  Before that, he spent time at Publicis, the digital agency MEplusYOU and NBC Universal.

As noted, 3Headed Monster’s USP is to bring together the fundamental creative disciplines of story, design and technology at its very founding.  In doing so, its partners plan to employ a more relevant approach they feel is better equipped to handle today’s marketing challenges. “Every agency is trying to deliver this offering,” says Founder and Creative Chairman Shon Rathbone, “but most of them start as one discipline, buy their way into the second and lie about the third. It’s all acquisitions and mergers. We’re building a creative workshop where all the elves are together at the beginning.”

The launch of 3Headed Monster reflects a number of significant industry trends, its partners contend.  It underscores the importance of fusing brand narratives with design and a full understanding of new media and communications technologies, while it’s yet another example of the ongoing migration of seasoned agency vets formerly with big, holding company-owned shops towards small, nimble and entrepreneurial companies where they have more control over their work and an equity stake.

As part of its emphasis on innovation, the agency has taken offices at the Dallas Entrepreneurial Center, a shared-space incubator full of startups and venture capital activity. “The people we bump into at the coffee machine every morning are fighting their way to the cover of Fast Company,” Rathbone says. “It’s refreshing, and it’s great for our agency’s DNA.”

Even though 3Headed Monster has just launched, they’re off to a quick start with diverse projects that go beyond mere advertising briefs.  They’re handling a branding assignment from Nike Golf and have partnered with Dallas-based ReelFX  (the studio that brought us the CG-animated feature films “Free Birds” and “Open Season”) to create content for the upcoming launch of Oculus Rift, the virtual reality darling just purchased by Facebook.  They’re also creating a soup-to-nuts launch effort for fashion startup Bhana that includes branding, website design and social media.