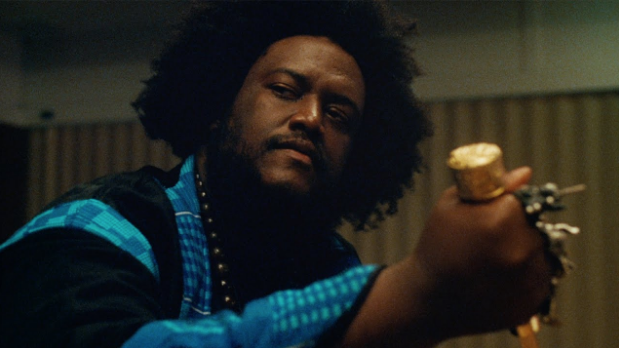 Rojas dives into Washington’s psychedelic modern jazz world once again, pairing the musician’s larger-than-life instrumentation with a visual narrative pitting Kamasi against his nemesis in a round of the classic video game Street Fighter.

The video begins with our “hero,” Kamasi himself, setting out on a journey to find a worthy Street Fighter opponent, and ends with an epic battle against his newfound rival, Combo Fiend. The album Heaven and Earth was released on June 22, 2018.

AG’s incredible ability to create stunning, poetic and cinematic imagery, as well as his creative ability to construct unique narratives, separates his work from his peers. Among his many accolades, AG won the award for Best New Director at the 2012 UKMVA's, as well as Best  Indie Rock video for Spiritualized’s “Hey Jane.” His video for Jack White was  nominated for Best Rock Video at the 2012 MTV Video Music Awards. Since signing with Park Pictures, AG Rojas has directed spots for Apple, Gatorade, and the Duracell spot, “Trust Your Power” with Derrick Coleman, which became a viral sensation leading up to the 2014 Super Bowl, reaching over 22 million views on YouTube, among other branded works.

In 2017, AG earned his first DGA nomination for the spots: S7 Airlines’ “The Best Planet” for Wieden+Kennedy Amsterdam, and Samsung’s “The Snail” out of Leo Burnett USA.

Hair and Make Up: Liana Mizradeh