After the Storm: French Advertising After the Crisis

‘La crise’ left its mark but the French agencies, production companies and post houses are also developing in interesting ways 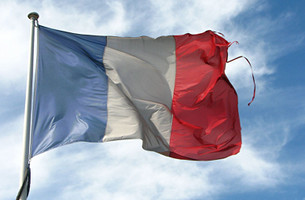 Ask someone working in a French agency, production company or post house how the local market is doing and the first – or at a push second – thing they’ll mention is ‘la crise’. To non Francophones that’s the global financial crisis. A strong manufacturing base and sense of caution left France with more of a buffer than other European markets, to be sure, but equally economic pressures played into the hands of risk averse clients and conservative inclinations. The situation is less dire in 2015 but the market remains irrevocably changed.

Things have markedly improved since the dark days of 2008 and 2009 but the general feeling from advertising agencies and production companies we speak to is one of wary positivity. Budgets, while up on the crisis years, are not quite back to what they were and clients, by and large, remain cautious and conservative, like spooked horses.

“It’s never going to be the same. In ten years’ time things will be back to normal – but a totally different normal. Clients are cautious, there’s still an aversion to risk,” explains Alexander Kalchev, who directs and is a creative director at DDB Paris. That conservatism, he says, has seeped in digital, an area that used to be a bit of a free-for-all. “Back in the days you could do a lot of things in digital but now you feel like digital is more regulated than offline, clients are aware how important it is.”

Altmann+Pacreau co-founder Olivier Altmann points out that the French advertising industry post-crisis is not just facing an economic recovery but a battle of morale. The country has been rocked over the past year by horrendous terrorist attacks, such as the assault on satirical magazine Charlie Hebdo, and, as the global ad industry partied at Cannes this year, the city of Lyon (just four hours up the road) saw a horrific – and potentially ISIS-linked – beheading. Other complex social and political issues, such as growing anti-Semitism and the far right wing, are contributing to a pessimistic outlook in wider French society. However, there is also a sense that this gloom is also functioning as a catalyst for entrepreneurialism among the young.

“There is an overall sense of depression and, in general, just this negative attitude right now. Parents are telling their children that it’ll be very hard for them to succeed and they’re encouraging them to leave the country to study abroad,” says Olivier. “It’s good in the sense that the next generation is more willing to travel for work and many of them are entrepreneurial. I guess everyone is starting to understand that you can’t count on the state and the government to solve problems; you have to count on yourself and your friends. That’s why collaboration is also growing. This sense of sadness may come to an end if the economy recovers, though there are still other big issues like terrorism, racism, anti-Semitism…”

That feeling that the crisis and accompanying social depression might have triggered a fundamental shake up in outlook is echoed by the team at Sid Lee, who have observed a surge of innovation and initiative in a country often stereotyped as being reliant on a large state and strict regulation.

“The aftermath is that everybody is more aware that the only thing that doesn’t change is change – therefore, they need to ask themselves if they are to resist, adapt or drive change,” they say. “A side effect of this realization is the rise of entrepreneurship, especially in a country that doesn’t foster it both culturally and fiscally.”

A new breed of creative companies… and creative talent

Think of French advertising and the image that springs to mind is the grande damme of Paris’ ‘pub’, the majestic Publicis HQ on the iconic Champs Élysées. But Publicis and the big global networks that have traditionally had a tight hold on the French industry are finding themselves challenged by new (and not-so-new) upstarts, inspired, perhaps by the entrepreneurial swelling.

Independents like Fred+Farid and Buzzman are becoming more deeply embedded in the French landscape and even Olivier Altmann has been bitten by the indie bug, as the former Publicis CCO set up his own shop last year with collaborator Edouard Pacreau. Sid Lee Paris, an international micro-network that set up an office in Paris six years ago, also energised the local industry when it came to town with its experimental installations and nerd-forward campaigns for games developer Ubisoft (and notably its blockbusting Assassins Creed series). At the beginning of the month the Canadian-owned independent was bought by Hakuhodo, but the agency has still had several years to bring its own indie spirit to Paris and French clients. Moreover, for the big holding companies, it’s their smaller, quirkier offshoots that attract the most admiring comments. Havas in particular has proven itself particularly adept at spinning off cool agency brands that, while not independent, certainly feel independent: there’s BETC Paris of course, but also Les Gaulois and Rosapark.

In terms of production, there’s been a noticeable shift too as a new generation of production houses and directors with a more broad-reaching remit and flexible approach to creative content have sprung up.

At Henry, Amandine Le Drappier tells me that she set up their new label Troopers as a deliberate reaction to the shifting production landscape. Young directors, who are keen to get involved upstream in the creative process and immerse themselves in writing and conceptualisation, take a lot of pressure from stressed creatives. What’s more, these younger directors tend to have a broader array of skills – graphic design, illustration, photography, experiential and even digital creativity – which lends them to the integrated (and cost-effective) campaigns that clients are increasingly looking for.

For Troublemakers’ James Hagger – another production upstart as the name suggests – the change hasn’t come quickly enough. “It hasn’t evolved much. Power slightly shifted from certain big production companies to others. But globally it’s still more or less the same people running the industry,” he muses. “I think this will change in the near future as newer outfits like ours become more and more active on the scene. It’s time for the baby boomers to hand over the power to the new generations.”

The scars of the crisis have been felt particularly keenly by the post production industry – agencies have been setting up more post production facilities in house. But according to VFX company Digital District, that has only forced them to push even further when it comes to craft and innovation.

“It’s true that the French market and the post production industry has been impacted by the financial crisis. To remain active, our goal is to keep being innovative and to always stay one step ahead of the new technologies and the different software we’re working with,” they explain. “The last effect of this crisis is that agencies and production companies have developed their own post production departments, so now for a company like Digital District, it just makes us want to set the bar higher in terms of visual creation.”

What’s more, Digital District has repositioned itself to make the most of its considerable expertise. They now work not just as service providers or artisan guns-for-hire, but as creative consultants working as far upstream in the process as possible. “We are trying to be artistically involved as much as possible on a project. We want to accompany the director or the clients from the beginning of the project until the final delivery. Especially for CG movies, we are able to find solutions and to propose ideas that will make the movie as great as possible. We tend to be more of an advisor than just a service provider.”

Agencies eating into the post production market has also affected production houses – the solution some production companies, like Chez Eddy, have found is to ditch their in-house operations in favour of partnerships.

“15 years ago, all production companies were equipped with post-production resources in order to integrate as many professions as possible as well as make more money! Now that agencies are able to roll out the same thing, it’s becoming rather difficult to keep up with this competition,” they say. “On our part, we have decided to completely change our model by separating our production activities, our animation studio as well as our post-production facilities. In revising our structure, we have been provided more freedom to develop our directors in short films and music videos whilst the studio will be able to further its investments in research and development. We have formed ties with Nightshift, which was seeking to develop an association with an animation and VFX studio. This has permitted us to concentrate on our directors and develop them. This was an essential move as the market can evolve very quickly right under your feet. One of our values is to always seek excellence so that our directors become key figures in the advertising landscape.”

But while the post-crisis budgets might have seen thing get tough for agencies and many production companies, one particular sector has had an unexpected boost – and it just so happens to be one in which France has traditionally excelled: animation.

“The briefs and campaigns have always stayed creative and ambitious and that is great for us, but the crisis and the evolution of digital media platforms has had a massive impact on the budgets. The crisis is one of the reasons for the recent surge in crafty and 2D animation: a creative response to the budgets and timing constraints we have been faced with in recent years,” explain Marion Vermogen and Emilie W from Passion Pictures, Paris.

Indeed, the country’s historical animation expertise could even see Parisian animation companies benefit from straightened budgets across the rest of Europe too. There’s no doubt that schools like Les Gobelins and Supinfocom have played their part in boosting France’s reputation for sterling animation across the global stage pumping out, as they do, year upon year of technically confident and creatively minded animators.

As production and animation studio Chez Eddy notes, local budgets remain depressed but it has thrived thanks to a strategy that involves marketing France’s globally-respected animation talents on the international stage.

“Things have generally improved, yet for us, our principle source of growth comes from abroad. French talent is well known and I believe that we shouldn’t be afraid of others – we are all very capable of exporting our talents,” says the Chez Eddy team. “On a national level, the financial crisis still leaves its mark. It has completely undermined the market by plummeting budgets. Today, we effectively make half as much despite a consistent rate of production. It’s become much more complicated to produce and we have been compelled to find solutions for reducing costs whilst maintaining quality. The difficulty is that the demand remains the same despite the drop in budgets.

“Budgets can oscillate between 80k € for digital subjects and 300k € for advertising as we receive both live action and animation projects. A large number of animation projects come from abroad through our partners, Hornet Inc. and Fieldtrip.”

The global financial crisis affected all of Europe, but France, with its global-level talent and largely inward-looking market, took a particular knock to budgets and self confidence. Budgets remain low and a perfect storm of social and political issues have meant that the after effects have dragged on. But the picture isn’t entirely negative. The stereotypical French insouciance is being gradually surpassed by a surprising rumbling of entrepreneurship and creative risk taking. As painful as it’s been, the past six or seven years have also been a reminder to the market that the only constant is change – and that shock to the system is starting to see fruit.