Awards and Events 464 Add to collection

Jury members argue that in the connected age, film is as important to adland as ever 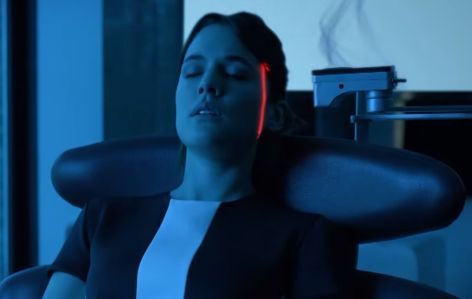 If the likes of virtual reality, artificial intelligence and creative data are the sexy young starlets of Cannes Lions, then film might be compared to the crinkly aging rocker. Still a crowd-pleaser, but not so cool any more. Guyliner and tight jeans only get you so far with modern attendees and jurors.

But this year, if you look at the winners, it seems like film is making a comeback – reinvented, reincarnated and rejuvenated.

Speaking at one of several jury presidents’ press conferences during last week’s festival, Deutsch’s Pete Favat, and president of the Film Jury, certainly seemed to agree.

“My feeling, and the jury’s feeling, is that film was beginning to take a back seat but I think we’re at the point where film is having a major resurgence,” he said. “The collection that the jury has put together is one of the finest examples that Cannes has seen. And it makes us all feel good to think of the idea that film is firmly back in the position that it has been in the past. The emotion that you’re going to see if you look at the list and the range is incredible. A lot of the discussion in our jury was around being bold and being provocative and how we moved people, so that focus and filter we had in place made it a lot easier to pick the pieces.”

The appetite for film content across digital platforms has certainly been part of this renaissance. While the Grand Prix winner, We're the Superhumans, was an all-singing, all-dancing TV and cinema ad (albeit one that also lived and spread online), other categories saw a range of film formats win big. The Film Craft Grand Prix winner was a music video, Territory, by musicians and directing duo The Blaze. The Entertainment Lion Grand Prix winner, ‘Beyond Money’, was a 17 minute film for Santander. Pereira & O’Dell’s Netscout documentary by Werner Herzog ‘Lo and Behold, Reveries of the Connected World’ won a Silver Lion in Film and a Gold in the Entertainment Lions – as a piece that has been sold for distribution in cinemas and on Netflix, it’s an example of just how relevant film is in 2017.

Also telling are the surprising places that film has popped up at Cannes 2017. Jon Carney, Chief Digital Officer at McCann Europe, told LBB of his pride that Beyond Money had come from a digital agency (MRM/McCann Madrid), the sort of agency not usually associated with amazing storytelling and filmmaking.

Another surprise was Kenzo’s ‘My Mutant Brain’, which won a Titanium Lion. Titanium is the category for the ‘uncategorisable’ ideas – and film is often regarded as too traditional for the category. But R/GA’s US CCO Chloe Gottlieb told journalists that this was a film that still managed to push boundaries and push the industry forward.

“My background is actually in digital product, service and platform design, and I, as a creative leader, look at all forms of creativity. This is the first piece of work in my career that made me want to make an ad. A traditional piece of film. Because the creativity is so pure and free and it liberates a creative voice and it taps into this thought that briefs can be open and can be taken in very brave directions. What I loved about it was that everyone I knew outside of advertising sent it to me and was inspired by it. Every time you watch it, it gets better and better and better.”

This filmic resurgence also throws the spotlight on the subject of film craft – and this year’s Grand Prix winner certainly caused a stir. However, the Film Craft jury were keen to acknowledge the range of film content being made and the fact that film doesn’t have to be a big budget extravaganza to pack a punch.

“With the giant amount of film content being made at the moment, there’s never been a more important time to really understand the value of film craft,” said Film Craft jury president Rob Galluzzo. “What we were really looking for was the light and shade. Not about the money and the budgets, but really about the craft and artistry of what film craft is all about.”