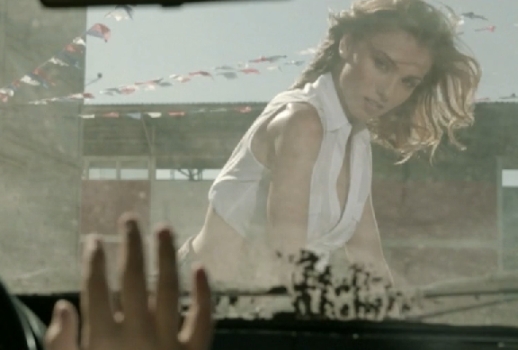 Sao Paulo is living through the worst water crisis in its history. At the same time, the number of cars in the city has only kept growing. In the capital alone, there are more than 7 million vehicles.

It is at this important moment that The Nature Conservancy NGO launched the #‎NoRainNoWashing‎ campaign last month, inviting Sao Paulo residents to stop washing their cars as long as the drought continues.

After four weeks of huge participation on social media, the TNC is introducing a new video using humor to encourage Sao Paulo residents to save water as the situation didn’t get any better.

Conceived and created by Africa, the campaign #‎NoRainNoWashing (#NaoChoveNaoLavo) has as its goal to mobilize people and raise awareness among the population about saving water during the present and serious crisis.

Washing a car uses, on average, 500 liters of water. To wash all cars Sao Paulo would require 3.5 billion liters of water, the equivalent of the monthly use of 25 million people, considering a daily usage of 140 liters, according to Sao Paulo authorities.

By showing it is possible to save water by refraining from car washes in periods of scarcity, TNC hopes to remind people of the importance of saving water also in other daily activities.

The project, which generated widespread interest on social media, also relied on support from Mitsubishi Motors, which distributed stickers‎ at dealers and released a film, in addition to other partners promoting the campaign through various channels