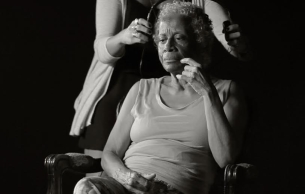 One of the greatest legends of rock history, Malcolm Young from AC/DC, was diagnosed with dementia and had to retire his guitar and step away from the iconic band he helped to found, as he couldn't remember the riffs and songs he created.

89FM, one of the most emblematic rock radio stations in Brazil, and one of his biggest fans, decided to pay homage to the guitarist in a way that should show that even as he may forget the world, the world will never forget him.

During the month of April, the station performed an experiment: take AC/DC songs and Malcolm's riffs to real people that suffer from degenerative diseases like him, and film their reactions. This project was led by Brazilian advertising agency Africa.

The result is an emotional film and a call to all rock fans: make sure the homage gets to Malcom Young himself by sharing the video with the hashtag #unforgettableriffs. A way to show the guitarist that his music will always be stronger than his disease.