Taking out ‘Best Single Advertisement’ and beating four other finalists 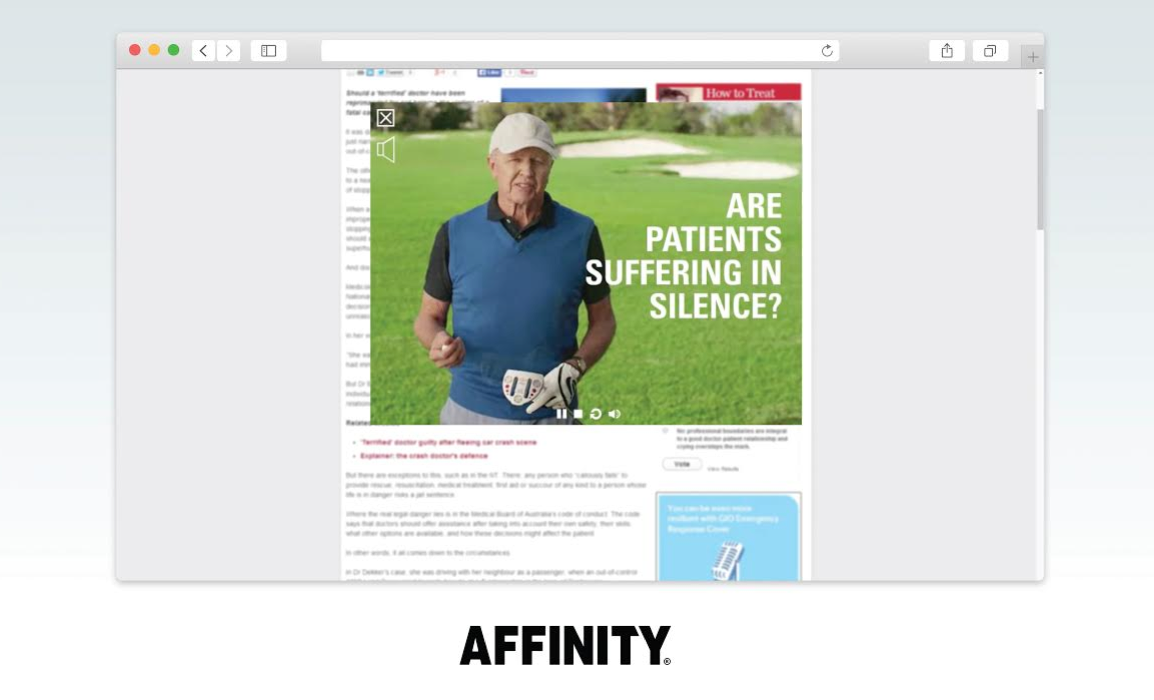 Tech driven advertising and media agency Affinity has won the top advertising prize at the Prime Awards, the preeminent sales and marketing awards for the Australian healthcare industry.

While advertising to doctors is regulated and predominately done via print, Affinity developed a first for the Australian healthcare industry – an expandable video banner that used patient testimonials to demonstrate to doctors the effects of chronic pain suffered by patients.

The Prime Awards judges said: “The video ads are engaging from the onset with the patient trying to distract the viewer. The use of a different media to combine a patient perspective and to turn the volume down for the voiceover, adds a creative element to deliver the message. With the click through to the site, it keeps the healthcare professional engaged to source further information. As delivery of the ad was critical in the campaign, it is nice to see they didn't get defeated with the typical animated gif, which offers little interaction. The script and content is strong to deliver the message in a succinct manner.”

Luke Brown CEO said of the win, “Our win legitimises digital as a core channel in a category still largely led by print based communication. The opportunity now lies with healthcare advertisers to break with tradition and ensure digital is a primary part of their media mix, just like Mundipharma have.”

The Prime Awards celebrate effective sales and marketing practices and highlights professional campaigns and individuals that promote the quality use of medicines to the Australian community.

The latest win for Affinity follows its MSiX award for Clever Use of Data. It is also has three finalists in the ADMA AC&E Awards and is shortlisted for the upcoming MFA Awards.