Nick Dutnall also promoted to the Board 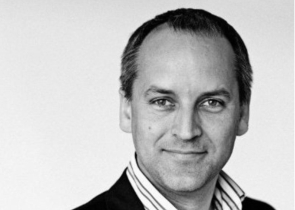 Aesop Agency, the brand storytellers, has boosted its senior management team with the appointment of Andrew Colyer to the role of Board Director.

Colyer, who will head up the business development team, joins from BD Network where he currently holds the position of Strategy Director. He will join Aesop in January 2015.

Having previously held the role of Group Account Director, Colyer re-joined BD Network in 2009 to head up the Molson Coors portfolio - the agency’s biggest account. Managing a team of 20 he is responsible for planning and delivery for some of the UK’s best-known alcohol brands including: Carlng, Grolsch, Worthington, Caffrey’s and Magners.

Commenting on the decision to appoint Colyer, Roger Hart, CEO, Aesop Agency says: “We were looking for a multi-disciplined expert with a strategic business focus - and Andrew is that person. He is passionate about growing and developing business and I am confident that he will help drive Aesop’s ambitious expansion plans.”

Aesop has also promoted Nick Dutnall to the Board. Dutnall will continue to head up the client services team as well as developing the agency’s health offer. He takes up the new position with immediate effect.