Aesop Ditches Christmas Cards to Give the Gift of Reading

Agency donates books to Kids Company with every click 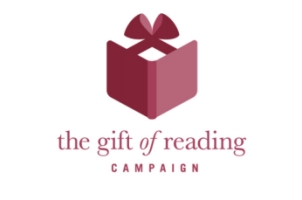 Aesop Agency, the brand storytellers, have ditched the corporate Xmas card in favour of a campaign that will gift books to the very brilliant children’s charity - Kids Company.

Rather than receive a card from Aesop, recipients will receive an email link directing them to The Gift of Reading section on the Aesop website where they are one click away from Aesop donating a book to Kids Company on their behalf.

One click, one book - a brilliant gift that will keep giving long after the festive season’s finished.

“At Aesop we believe passionately in the power of stories and are thrilled to be donating books to Kids Company. We’re confident that we’re going to hit our target of 600 books”. Roger Hart, CEO, Aesop Agency.

Each book will also include a bookmark with the names of the individuals that Aesop has donated on behalf of.

Talking about the campaign, Camila Batmanghelidjh, Founder and Director, Kids Company says: "One of the most treasured moments of childhood is when an adult shared a story book with a child. Sadly for the majority of Kids Company's vulnerable children this tender exchange is denied due to their parents disturbed states of mind.

So for Aesop to step in with books and reading partners, the children are afforded a special experience which they will treasure for the rest of their lives and pass on to their own kids as a cherished gift. Thank you for being there when it really matters."