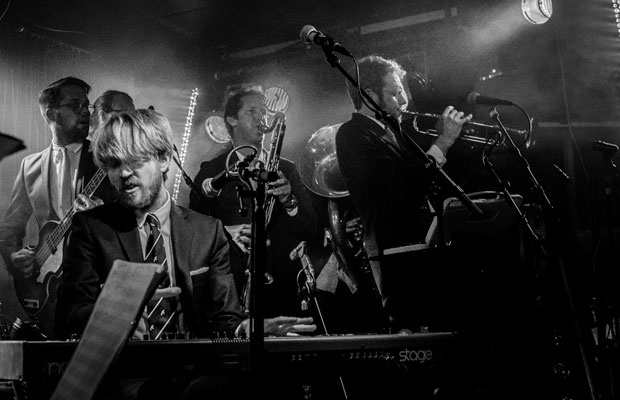 The New Zealand music scene has really blossomed in the past few decades – in part due to the digital age, which has freed up creativity and autonomy and as a consequence has increased in this young nation’s cultural confidence. Some would also argue the rise of Lorde has put our country on the map.

Having just relocated to the vibrant inner city community of Karangahape Rd (K’Rd) in Auckland, Aeroplane Music has access to some the city’s most popular music venues. The Wine Cellar and Whammy Bar, located in the rabbit warren basement of St Kevin’s Arcade, showcase an array of indie bands. The Wine Cellar caters to acoustic and quietly electrified acts from early evening to 11pm then The Whammy Bar kicks off with its line up of louder eclectic and punk bands.

These are great places to see emerging bands before they take off; bands such as Marlon Williams and Delaney Davidson, Aldous Harding, Princess Chelsea, The Brunettes, Surf City and Ghost Wave – even a few international acts such as First Aid Kit have played here in the early days.

Head west and left onto Newton Rd and we reach Auckland’s indie mecca, The Kings Arms. This is the venue frequented by NZ indie artists such as those from Flying Nun and Arch Hill and overseas musicians seeking a new Kiwi audience. Acts such as Mark Lanegan, Calexico, Sharon Van Etten and Justin Townes Earl have played here as well as kiwi favourites The Phoenix Foundation, Lawrence Arabia, David Kilgour, SJD, Goodshirt, Dictaphone Blues and Mulholland.

Over the hill, one of Auckland’s longest standing music venues The Power Station hosts high profile acts due to its larger capacity and mezzanine viewing. This is where on any given night you might see kiwi greats Shihad, Gin Wigmore, Anika Moa, Broods and Tiki Taane, Savage or reggae act Katchafire.

Five minutes drive further west brings us to the creative hub of Kingsland where the Portland Public House hosts intimate shows of local artists whether they be alt country, folk, swing, gypsy jazz or blues.

Ponsonby bar, Golden Dawn showcases the most interesting indie bands from home and abroad, thanks to the immaculate taste of music curator Matthew Crawley. You can catch a range of music here – from Tiny Ruins or Jessica Pratt to avant-garde jazz or an eclectic DJ set.

Other larger venues like The Civic or The Vector Arena are a little bit like the house prices in Auckland – not much of a look in if you are local.

We’re pretty excited about the innovation and creation of New Zealand music right now – it’s a great time to discover some new favourites, here’s ours: