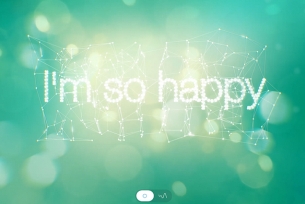 AdWatch Isobar, the full service digital communications agency based in Moscow, and ORBI, the largest foundation in Russia that helps the individuals and their families fighting the effects of brain stroke, present an innovative mobile application for paralyzed people – I.am.here. The outstanding app has been created together with Yarr, partners in software development. Click here to see a demonstration on how the app will work.

I.am.here is the world’s first mobile application that allows people who suffered a stroke to keep in touch with their most beloved. This software aims at helping these people regain as much of their social lives as possible by using a clear app-driven interface. I.am.here is the way to reestablish connection between people and to understand each other using human language.

What I.am.here does is transform brain signals into words by using Brain Computer Interface (BCI) to pick up brain activity data, and then transmit it to the mobile app.

The mobile application analyzes raw brain activity data and maps it onto human emotions that are later translated into words. Words are then displayed on the screen supported by visualization and graphics that deliver the message to the members of the family. For example, 'I’m interested', 'I’m happy', 'I’m angry' etc.

Daria Lisichenko, President of the ORBI foundation, commented: "According to the World Heart Federation, 15 million people worldwide suffer a stroke every year. Nearly six million die, and another five million are left permanently disabled. As a result – even in case the brain activity is preserved – many of them permanently lose the ability to communicate. If we speak of Russia only, more than 500 000 people suffer that nightmare every year. Unable to speak, unable to say a thing, answer and support a conversation, a person drops out of his or her life and thus, completely loses touch with relatives. However, in most cases the brain fully retains its function, so we can read the emotional state of the person".

According to Alexey Fedorov, creative director AdWatch Isobar: "We believe that technology can unite people and bring them closer to each other. All it needs is the right idea that would connect different disciplines and thus bring the impossible into reality. Today, millions of people can think and feel, but cannot physically express themselves because of a stroke. Today, millions of people want to hear back from their loved ones, but to no avail. Combining two very different technologies (apps and brain signal readers) together with years and years of scientific research, we came up with a way to connect those people, giving back an ability to communicate to those who’ve lost it. However, we believe that we’ve just scratched the surface. We believe that the product we’ve developed is just the first step along the great road of discovery, and we hope it would inspire others to join us in search for solutions that could help people bring back something they’ve lost".

According to Sergey Timoshin, CEO Yarr!: "When we learned that brainwaves can now be picked up, we immediately thought of paralyzed people. After we went through a very thorough set of consultations with neuroscientists, and studied brain-computer interface technologies, we knew for sure that this was a task we could complete. With this app, we analyze data from Emotive EPOC and transform it in a simple and clear form. I.am.here for iOS and Android translates BCI data into human language and gives opportunity to go through all history of communication between paralyzed people and their relatives. It's an honor for us to be able to deliver this meaningful software to everyone who needs it".