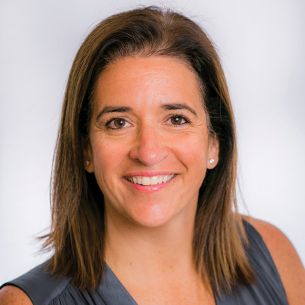 Advertising Week, the world’s premier annual thought leadership platform for ad tech, brand, creative, marketing, and media leaders, today announced highly-regarded industry professional Mari Kim Novak has joined as President where she is tasked with overseeing the New York City flagship edition of Advertising Week as well as global sales and marketing as the company continues to expand its geographic footprint. Long-time leaders Matt Scheckner & Lance Pillersdorf will continue focusing on building the Advertising Week brand around the globe.
Novak’s focus will be amplifying the company’s sales and marketing strategy globally. She comes from Rubicon Project, where she served as Chief Marketing Officer responsible for driving the adoption of their unified programmatic platform for advertising across all screens, devices and formats. Prior to that, she spent nine years at Microsoft, serving as global head of marketing for Microsoft Advertising and was responsible for the global marketing budget, industry outreach and sales enablement programs supporting MSN, XBOX, SKYPE and Bing.
“From her early days as an Advertising Week sponsor at Microsoft, to her many years on the Board, Mari Kim has been an integral part of the Advertising Week family for over a decade.” says Lance Pillersdorf, Co-Founder & Chief Operating Officer of Stillwell Partners. “Her wealth of experience in every facet of the business will not only be a tremendous asset to our team, but will also help us continue to bring the Advertising Week experience to the industry all around the world.”
“Advertising Week is a powerful platform bringing together the smartest, most creative thinkers, and innovative people in the business each and every year, and is the culmination of what I love about this industry, all in one place,” says Novak. “Since 2004, I’ve seen the Week create impact and cross into new geographies, categories and verticals to help brand, technology, creative, and media leaders drive their business and advance the industry ahead of the rapidly changing media landscape. For this and so many other reasons, joining Matt, Lance and the Stillwell Team was the natural next step in my career.”
Stillwell Partners, the parent company of Advertising Week, also today announces the elevation of Rebecca Eaves to Managing Director of Advertising Week Europe, now entering its sixth year in London, and that Kathleen Saxton, founder and CEO of The Lighthouse Company, will continue her longtime role as Chair of the Advertising Week Europe Advisory Council with Dennis Publishing’s Managing Director, Julian Lloyd-Evans continuing to serve as Vice Chairman. Stillwell also announced the appointment of former Fairfax Media executive Clive Prosser as Director of Advertising Week Asia Pacific, and the appointment of former Vevo Worldwide Chief Revenue Officer Nic Jones as Advisory Council Chair for the Sydney edition which will be staged for the first time in Q2 of 2018. Lastly, it was announced that Grupo Expansión CEO Manuel Rivera will lead the Advertising Week LatAm Advisory Council with operations to be run out of New York City for 2017.
view more - Hires, Wins & Business