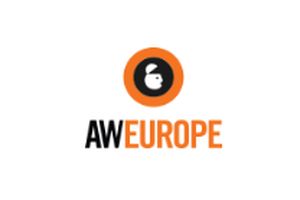 Mayor Sadiq Khan will appear on stage with ESI Media as part of his ongoing #LondonIsOpen campaign, at a time when London is shaping its place as Europe’s creative capital. Mayor Khan is expected to focus on the importance of London’s diverse creative industries, which employ more than 800,000 and contribute £35bn to the economy. Other programme highlights include:

· Grad Conn, GM & CMO, Microsoft, examines the changing role of the CMO in the digital age.

· Haiyan Zhang, founding member of OpenIDEO, and Innovation Director of Microsoft Research Cambridge headlines Day 2 of the Town Hall Series at the Lyric Theatre, featuring the extraordinary story of ‘Project Emma’, where the life of a 29-year old Parkinson’s patient was forever altered by Zhang’s work

· Rory Sutherland, Vice Chairman, Ogilvy & Mather Group UK, asks whether agencies are geared up to think too small, and questions whether agencies have painted themselves into a comfortable but confining corner

· David Gandy, model, designer and philanthropist will join Time Inc. UK’s editor in chief, Mark Frith, for a panel discussing how marketing to men has evolved, and where the sector is heading

· Advertising Week Europe celebrates the IPA Centenary throughout The Week

Speakers and content continue to be announced for Advertising Week Europe, which begins on March 20. The entire agenda is organized with dedicated content blocks and tracks to enhance delegate navigation.

Advertising Week Europe Director, Rebecca Eaves, said “We are delighted to reveal the fifth anniversary edition of Advertising Week Europe and deliver the end-product of a year round curation effort. The breath and scope very much captures where the industry is, where we are going and shows the enduring strength and economic impact of advertising and wider creative industries in the UK and across Europe.”

The 2017 calendar is now live at europe.advertisingweek.com. Registration is open.