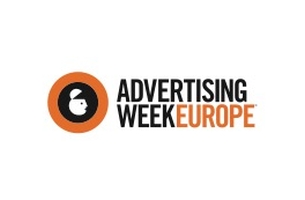 The 2015 edition returns to London for the 3rd year from 23-27 March with an expanded agenda by day as Advertising Week Europe’s “BAFTA Campus” broadens to include St. James’s Church,  Piccadilly and Fortnum & Mason. Felix Dennis’ legacy, the Heart of England Forest, will be celebrated and showcased in partnership with the Church as well throughout the week. Consistent with past practice, there is no singular theme for the thought leadership programme. BAFTA remains the hub of Advertising Week Europe.

- UKTV presents “It Only Hurts When I Laugh” led by Curb Your Enthusiasm star, Susie Essman

- Karmarama’s Jon Wilkins leads “The Book, The Film and the T-Shirt” on how to create ideas people really care about

- Channel 4 Presenter Krishnan Guru-Murthy moderates an expert panel on diversity led by NABS (one of a week-long series of Seminars on this most important subject including distinct sessions presented by the Advertising Association, MediaCom, News UK, & 72andSunny)

25 March:The Telegraph’s also tackles politics with their team of political and economic experts

23 March: Grazia in partnership with WACL

26 March: Yahoo in partnership with The Marketing Society

And for the first time Advertising Week Europe extends to Friday with a new event - - the inaugural Adland Cycling Championship at the Queen Elizabeth Olympic Park (Olympic Velodrome) with Immediate Media.

Registration is now open for Advertising Week Europe.  To register and find out more information, please visit www.advertisingweek.eu. And to join the conversation year-round, visit The Advertising Week Social Club, which delivers unique content, insights and perspective at www.theawsc.com.