Stars of comedy, film, music, sport and TV to sit alongside adfolk at upcoming London festival 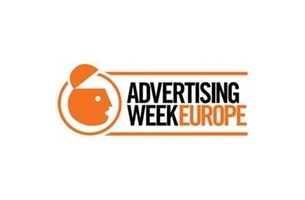 Advertising Week Europe today announced that James Corden, Richard Curtis and Morgan Spurlock are all committed to appear on the thought leadership programme at this year’s weeklong event. The evening roster of performers is also now set with an expansive roster of music acts led by Katy B, whose Little Red album hit # 1 on the BBC charts. Katy B will headline the Microsoft Wrap Party at Koko, which also features Neon Jungle and special guest, Aloe Blacc. Collectively, they join a line up, which includes household names like Idris Elba, Freddie Flintoff, Will Greenwood, Zane Lowe, Steve McManaman, Caitlin Moran, Victoria Pendleton, Jamie Redknapp, and Gok Wan.

Award-winning writer, director and producer Morgan Spurlock, best known for his documentary Super Size Me, will join Havas Media’s Global MD, Dominique Delport on April 1 in a discussion about advancing technology on the entertainment industry, and how this evolution shapes the relationship between advertisers and brands.

Gavin and Stacey’s very own James Corden will be a special guest on Gravity Road’s panel looking at how the advertising world is changing rapidly as talent is now more connected than ever before to the same audiences that brands covet, thanks to platforms such as Twitter. Corden will be joined on by Zoe Collins, Managing Executive Producer at Fresh One Productions and Joanna Scarratt from United Agents, along with Gravity Road’s Mark Boyd.

British film icon, Richard Curtis, will appear in conversation at “Forward” a by-invitation only reception & dinner at Lancaster House hosted by Google in partnership with the Advertising Association’s Front Foot initiative.