Advertising: The Undeniability of Redwoods

Damon Stapleton, CCO of DDB New Zealand breaks down his trip to Las Vegas to judge the London International Awards 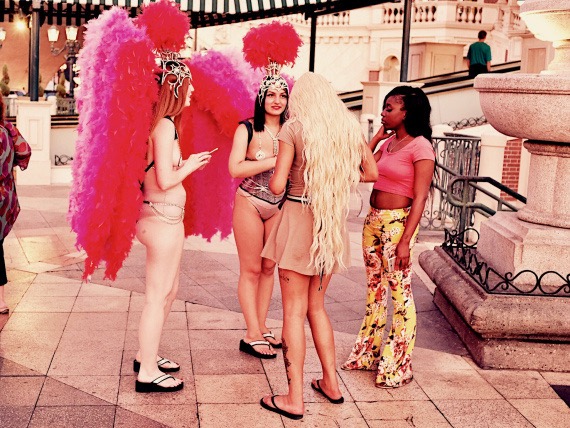 "The redwoods, once seen, leave a mark or create a vision that stays with you always. No one has ever successfully painted or photographed a redwood tree. The feeling they produce is not transferable. From them comes silence and awe. It's not only their unbelievable stature, nor the colour which seems to shift and vary under your eyes, no, they are not like any trees we know, they are ambassadors from another time." - John Steinbeck
There is a type of silence that happens now and again that makes you smile. When this silence happens and you look around, the other people with you have exactly the same expression.

I was in Las Vegas to judge the London International Awards. The jury was full of some of the most talented in the business. I learnt a whole lot from them and their collective wisdom. There were many arguments and different points of view but now and again there was a fantastic silence.  In the middle of a mad adult theme park, floating in the desert sun, silence. When you see something great, you just know.

Las Vegas is a mirage that is real. The city of sin is everything they say it is. The brighter the lights, the longer the shadows.

A taxi driver told me he just needed one more jackpot and he could leave. I asked him how long he had been waiting for the big win

and without hesitation he replied 16 years. He then asked me how much change I wanted from a 10 dollar ride. I had given him a 20.

Vegas is also plastic fantastic. The city has created its own world that eventually on some level you have to surrender to. A reality, based on greedy determination and admirable ambition. A flagrant disregard of what you are supposed to do. Vegas has so much of itself, that somehow, it can defy the laws of physics. Time and space can be altered. Day becomes night. Luxury that makes you forget. Opulence that makes you believe anything is possible. And, savagely sunburnt couples in matching vests drinking two litre Margaritas at 8:47am. On a Tuesday. Eventually, you sort of love it. You know you shouldn't, but you kind of do.

What Vegas has is a density. A density of information. Layers of glitter. Many explanations. Proof that the odds are in your favour.

So, against that backdrop, perhaps the silence in the jury room was heightened. We had all just seen a great idea. We were all smiling. We were nodding. Words were unnecessary. Nobody had to explain. It was self-evident.

I was lucky enough to experience that silence a few more times on the trip. Once at the bottom of the Grand Canyon overlooking the Colorado River. It is so beautiful it looks like a bizarre naturally occurring Wes Anderson film set. There is an intense silence. A silence, that feels like it is coming from inside you. A silence where everything makes sense. A silence when you are absolutely there.

I began to think about this idea that when things are truly great, language fails you. This idea of knowing. Nobody has to explain something if you feel it. Whether it is an idea, a song or a very large tree. We easily trust and are seduced by

words. But, when something is truly great there is a leap from language to another place.

I saw the Redwoods in San Francisco after a slightly insane bus trip. Our bus driver had an extremely monotonous voice. It didn't go up or down. He droned on as if reading while highly medicated. He was doing this while going around sheer cliffs. A passenger actually shouted for him to shut the fuck up and focus on the road.  I believe we reached The Muir Woods just in time. The silence amongst those giants was perfect. That is the only word I have. Perfect.

So what does this have to do with advertising?

Advertising has a lot to answer for when it comes making a lot of noise. It is responsible for a lot of glitter and tinsel. It also makes a lot of rubbish. Watch television on any given night or flick through a few banner ads. Most of it is utter shite. The Vegas strip is not dissimilar to this. Selling and yelling. Everybody wants your attention. It literally becomes a blur. Some of you may say well that is just the way the world is these days. Perhaps.

What is strange though, is when you are in a room and watch 400 ads you remember the one where there is silence in the room. You just know. We all smile. No words. It had craft, beauty or made you feel. You don't remember the tinsel you remember the Redwood. You remember what is special.

Now, before you say it, I am not comparing advertising to the majesty of the Grand Canyon or a giant Redwood.What I am saying is what always stands out is quality. The hustlers think you can cut corners. You can, but only for a while. The truth is people know. Just like the jury, we just knew.

A simple lesson I learn over and over.

Instead of making and believing in a lot of noise, we should be looking for that perfect silence a little harder.
damonsbrain.com
view more - Trends and Insight 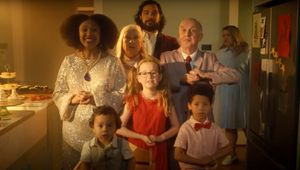