Advertising. Phineas Gage is a Strange Story We Should All Know 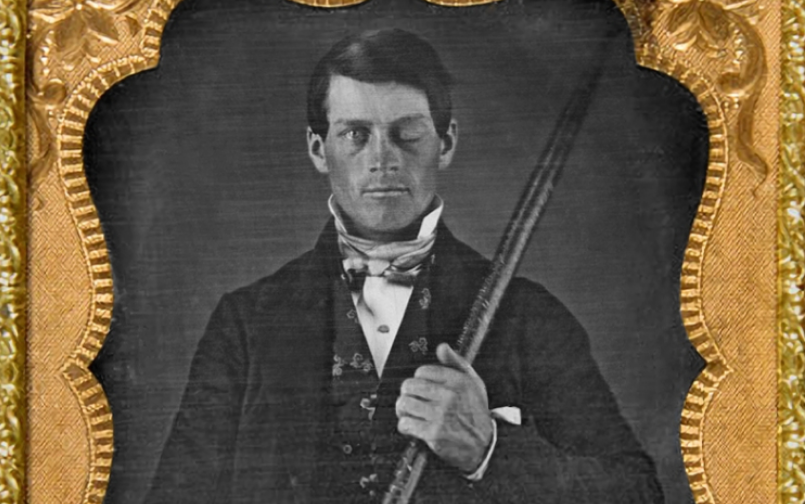 September 13, 1848 was not a good day for Phineas Gage. Until that day, the handsome 25 year old had worked his way up to the position of foreman. By all accounts he was very good at his job. Shrewd and capable. Somebody you could depend on to get the job done. But, unfortunately on that day none of these fine qualities would help him. He was working with a four-foot iron rod to tamp down some blasting powder. And through sheer chance, the iron bar created a spark as it struck a rock. This sent the iron bar straight up through Gage’s left eye and clean through his brain. Apparently, the rod landed 30 or 40 feet away from the unfortunate and now one eyed Mr Gage.

And now the good news. Phineas Gage, incredibly, was fine. Yes, he had lost an eye and had a massive hole in his brain. But, apart from that he was fit as a fiddle. Later that day, he would walk into a doctor’s office saying, “Here’s business enough for you.”

I was fortunate enough to be told this unbelievable story by Rupert Price our urbane Chelsea Football Club loving head of strategy. The reason both Rupert and I are interested in Mr Gage is because of what happened to him next. You see, although Mr Gage showed no physical side effects, there were some other changes.

He was unable to control his emotions or make choices.

His intellectual abilities were fine. He could think, but could not make decisions.

150 years later, Dr Antonio Damasio would examine, analyse and scan Gage’s skull. His conclusion was that Gage’s post accident brain was unable to process emotions and was therefore unable to make decisions.

In other words, you cannot make decisions without the ability to experience emotion.

I hear too many people talk about emotion like it is a nice to have or perhaps part of old fashioned advertising. Apparently, there are better ways now. Really?

Let’s take an example. Buying a house. The biggest purchase most people ever make. In the beginning, our nice couple will do research, they look at suburbs, measure the rooms and talk to experts. You know, rational stuff. Yet, what do they invariably say when they are asked why they bought that specific house?

The idea that a lot of decisions are purely rational is a myth. A myth, many still believe because that is how they think they make decisions. A myth that has a massive impact on our business. You can have all the facts but without emotion there is one thing missing. The ability to have a preference. Because quite simply you don’t care.

And, when you don’t care about something, no matter how available, rational or effective it is, you don’t notice it. That something becomes invisible. These days, there are many short term choices that are leading brands to reach parity with one another rather than becoming a far more desirable p-word. Preference.

I would argue advertising needs that like a hole in the head.