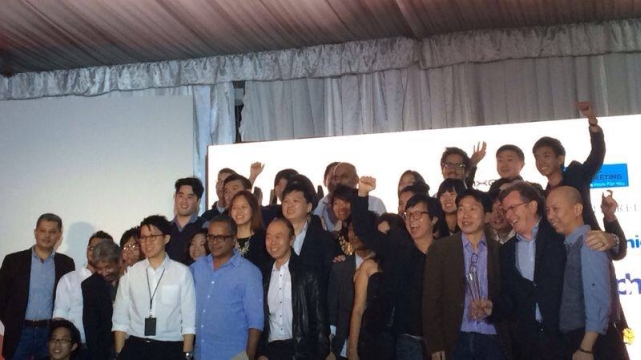 DDB Group Singapore was named Creative Agency of the Year for a record sixth consecutive year at the Advertising Hall of Fame Awards 2014. The gala dinner and ceremony which took place on Friday, 14 November, saw the agency group take the top spot in key people and company categories.

In addition, DDB was awarded Silver for Campaign of the Year for its integrated "One Force" campaign for client, Republic of Singapore Air Force.

In celebrating the industry's best talent, Neil Johnson, Chief Creative Officer of DDB Group Singapore was awarded the accolade of Creative Director of the Year, while the Creative Team of the Year award was awarded to DDB's Michael Chin and Sid Lim, Copywriter and Art Director respectively.

“The reason why we're No. 1 for the last 6 years is really because of the exceptional partnerships we have with our clients and the amazing spirit of our teams. I have seen a generation of stars rise up in this agency. This year is especially sweet for Neil Johnson. He's finally won Creative Director of the Year at his young tender age of 51. We can now do the sort of work we love, take more risks and innovation – but course for our clients.” said David Tang, President and CEO of DDB Group Singapore.

The Singapore Advertising Hall of Fame Awards is a prestigious annual award ceremony organised by the Institute of Advertising Singapore, which recognises the excellence and outstanding achievements of the Singapore advertising industry.

Creative Agency of the Year

Client of the Year (Brand Steward)

Creative Team of the Year

Creative Director of the Year

Campaign of the Year - SILVER