Advertising. Enough Plankton, and You Sir, Have a Whale

Damon Stapleton, chief creative officer of DDB New Zealand reveals why focusing on belief and craft is essential to success 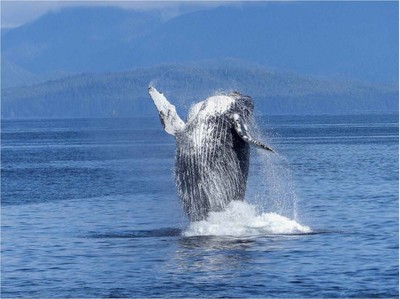 "Man is what he believes." - Anton Chekov
It has been a couple of weeks of belief and varying degrees of success.

From the rescue of the incredibly brave football team in those very dark caves in Thailand to England getting to a semi-final in the World Cup and an unlikely South African hero called Kevin Anderson, who with his dodgy knees beat Roger Federer, the greatest of all time, to make a Wimbledon Final.

Watching all these news stories I noticed something a little strange. Take the cave story in Thailand. The reporters would ask the divers and dive experts massive questions. Would the children in the cave live? How is this all going to end? In other words, what would the outcome be? What will happen in the future?

The divers would always respond to the reporters big questions with small answers. We just have to focus on replenishing the air bottles and continue to follow our plans. In other words, we are just going to focus on right now.

Harry Kane was repeatedly asked if England would win the World Cup. Is it coming home? His answer was always about focusing on what they had to do right now. The small details they have to get right, right now. Their success was based on being granular. It helped them focus on what they could control and deal with the expectations of a nation.

Kevin Anderson in his post match interview after beating Roger Federer in the Wimbledon Quarter Final said that in the fourth set of their marathon long five set match started to think about winning. Of what might be. He admitted he had to quickly banish those thoughts and just focus on the next point. He had to focus on right now.

Success and the future is something everybody speaks about a lot. Doing and the present is always done by the very few.

It would seem success in our minds is made of a giant tomorrow. It is filled with massive ambition and massive results. However, in reality, success seems to happen when you focus on the smallest actions and get them right. And that happens, when you are able to focus on the present.

And that happens, when you believe in your own ability or what you are doing.

So, although belief in our business is slightly unfashionable these days, it would seem success of any kind is literally impossible without it.

Belief has become unfashionable because way too many posters have been put up with snappy slogans on agency walls. This is just window dressing that doesn't help anybody. It is the easy alternative to creating an agency where you believe you can do something special. And doing something special, normally begins with being in a place that makes you believe you can. So, that is the first part.

The second part for creatives is about craft. It is about doing the small things, that often don't seem important, correctly. It is about focusing on right now, rather than the outcome. Large belief meets tiny, seemingly unimportant actions and bingo.

These days, the world is often about speed and output. We all just want the outcome rather than looking at the tiny unglamorous steps to get there. This week was a great reminder that if you want to do something properly, there are no shortcuts. You have to have the right ingredients. You have to have belief. You have to be prepared to graft.

A grandiose vision, is the easy part. Everybody has them. In fact, these days, many mistake the vision, for the finished article. It is a big mistake that makes a huge amount of work look the same. I wonder how long it will be before anybody notices?

The truth is for a creative, creating Moby Dick often begins with the tedious, yet essential task, of finding enough plankton right now and having the slightly strange belief that a majestic whale will eventually occur.

However, the world always wants the whale to happen right now.