Stephen will succeed Tim Lefroy, who will be stepping down at the end of 2016 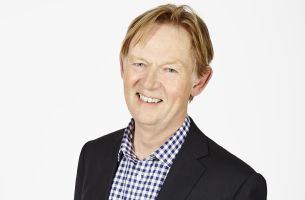 Stephen Woodford has been named as the new Chief Executive of the Advertising Association. The search has been led by AA Chairman, Founder and CEO adam&eveDDB, James Murphy, who said: “Big changes – political and economic – mean that more than ever, all of us with a stake in advertising must look forward together. Stephen is a proven leader, an outstanding advocate and brings with him a wealth of experience on diversity, access and skills.  We’re delighted to have got him.”

Stephen was IPA President (2003-05) where he led both the Institute’s first ethnic diversity initiative and transformed its professional qualifications for new industry entrants, which over 15,000 people have now sat and passed. He is currently on the board of Creative Skillset, the skills council for the creative industries, which covers film, TV, advertising, publishing and fashion.

Having held management roles in three agencies (Leo Burnett, WCRS/Engine and DDB), Stephen was most recently Chairman of Lexis PR and a founder and director of Ffrees, the challenger bank.  Stephen is a past President of NABS and serves on the board of the History of Advertising Trust.

Commenting on his appointment Stephen said: “I am a great admirer of the AA’s work promoting the vital role and the responsibilities of our industry - a tribute to Tim and the AA Board’s leadership and the terrific team at the AA. I look forward to driving this agenda further and faster and am delighted to be joining at such an exciting time.”

Stephen will succeed Tim Lefroy, who announced in June that he intended to leave the AA towards the end of 2016, having served in the role for seven years.  Stephen’s official start date will be 1st November.

Tim Lefroy said: “James and the Board Nominations team ran an exhaustive selection with truly outstanding candidates. It's a coup that they've secured a leader with the commercial, industry and policy-making experience that Stephen has. He will take the AA project from strength to strength.”