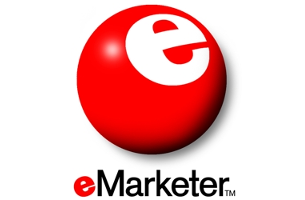 Next year will mark a major milestone for media consumption in Germany as average time spent with digital media per day surpasses TV viewing time for the first time, according to eMarketer’s first estimates of time spent with media in the country.

In 2017, eMarketer forecasts, adults in Germany will spend 3 hours and 44 minutes per day online on desktop or laptop PCs, or with nonvoice mobile activities. This compares to 3 hours and 38 minutes watching television. Daily TV viewing will actually drop by 0.3% next year, while digital media consumption will be up by 5.8%. 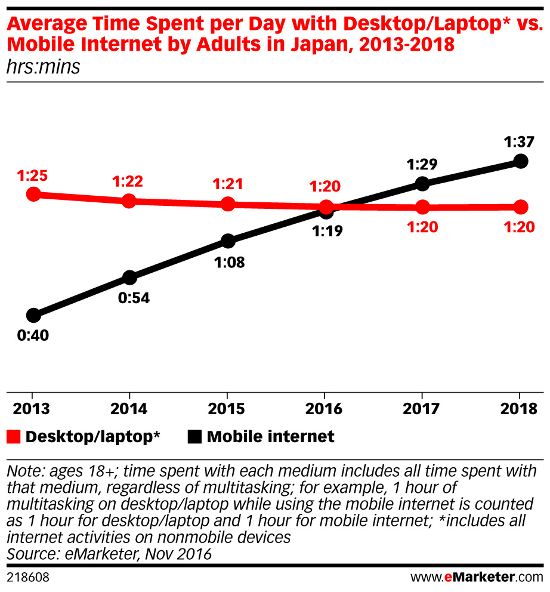 In another first for the country, this year adults in Germany will spend more time accessing the internet through mobile means than via desktop or laptop. Mobile internet access will account for 1 hour and 41 minutes per day compared with 1 hour 31 minutes of internet use on PCs.

eMarketer senior analyst, Karin von Abrams commented: “Germany boasts Western Europe’s largest national online population—currently some 63.6 million internet users, according to eMarketer estimates. And recent years have seen internet penetration climb even among Germany’s older residents, many of whom took time to see value in the web. As a result, the internet has finally become a daily or near-daily activity for most adults. Mobile access is also fueling a big leap in time spent with digital media. Of course TV will remain hugely popular too. But we’re already seeing a shift in viewing patterns, as more TV content migrates to digital platforms. So a steady increase in time spent with digital is definitely on the cards.” 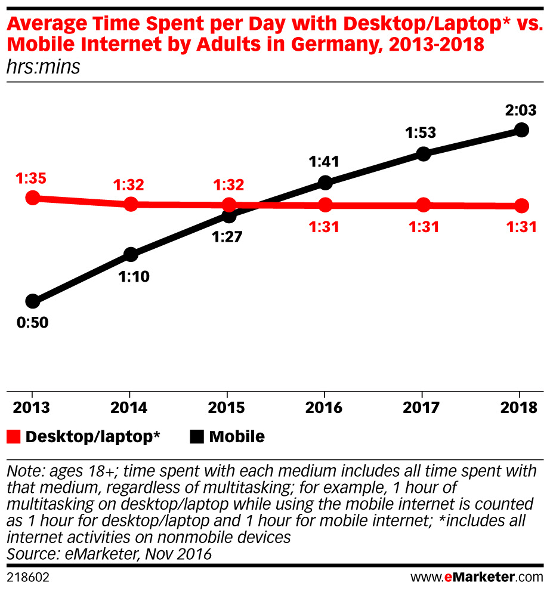 Although mobile media consumption is booming, adherence to traditional media, such as print and radio remains strong in Germany. This year, the average adult will spend 38 minutes per day with print, compared with 3 hours and 32 minutes for digital. Time spent with both newspapers and magazines is forecast to drop this year—by 2.2% and 1.5% respectively. By 2018, eMarketer predicts, adults will spend 37 minutes with print—compared with 3 hours and 53 minutes with digital.