'In My Mind's Eye' launches via Arnold Worldwide 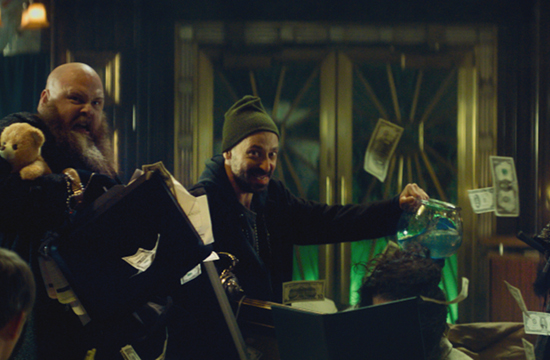 While ADT’s advertisements have historically focused on the value of monitored protection in emergency incidents such as theft, fire, or carbon monoxide, the new campaign – “In My Mind’s Eye” – addresses the everyday security concerns that nag at consumers.  Developed by Arnold Worldwide, the campaign reminds consumers that security is a feeling and a state of mind. Consumers want the peace of mind that ADT Pulse provides not only in emergency situations, but also in the everyday moments such as when we ask ourselves whether we remembered to lock the back door.

The first commercial to air from the new campaign will be a 30 second spot highlighting the angst that people can feel when they are away from home and feeling unsure or insecure. While out to dinner on a much-needed date night, a husband is reminded of his home’s vulnerabilities when his wife admits that she wasn’t “100 percent sure” that the back door was locked. Immediately, this ounce of doubt causes the character to imagine the worst case scenario—burglars stealing everything from his most prized possessions to the beloved family’s goldfish. The scene all unfolds in the restaurant right before his eyes. Lucky for the husband, he has ADT Pulse. From his mobile device, he is able to remotely lock the back door. The convenience and control that ADT Pulse provides along with ADT’s Fast Response Monitoring allows the character to fully relax and to get back to that date night with his wife.

“ADT has built its legacy on protecting what our customers value most: kids, family, pets, loved ones and livelihoods,” said Tony Wells, senior vice president and chief marketing officer for ADT. “The new ad campaign will resonate with today’s consumer who is living an active, on-the-go lifestyle. The shift focuses on everyday security, whether at home or away, as we know the ability to monitor and control is just as important to our customers as feeling protected from incidents such as fire and theft.”

"Our insights showed that people experience worry, like a low consistent hum distracting the person when they're away from their homes," said David Register, EVP, Group Creative Director, Arnold Worldwide. "The spot demonstrates how ADT relieves that angst by putting their customer in control and back in the moment."