Rothco, part of Accenture Interactive, launches summer spot as part of its 'Acts of Homemaking’ campaign 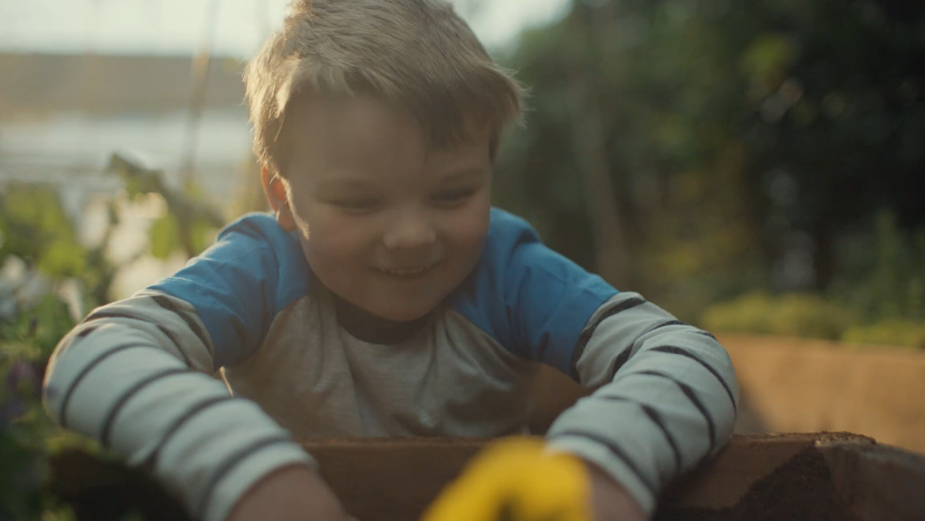 Over the past year many people have spent more time making improvements to their home, something that Woodie’s has put a human lens on across 2020 with its hugely popular ‘Acts of Homemaking’ campaign. But for summer 2021, a new sense of optimism is on the horizon, as spring blooms and helps us look ahead to longer, brighter days.

The lead campaign film tells the story of one little boy, Liam, who is giving his friend a tour of the most fantastical parts of his garden; from the favourite place he has found old coins, to where crocodiles can nip your toes and where you can protect your feet from ‘hot lava’.  Making his way through the ‘jungle’ of the washing line he stops at a raised bed and we realise his new best friend and the listening party is a single yellow pansy which he tucks into a place where ‘it can make lots of new friends’.

The film was shot in Dublin adhering to social distancing measures with only the actors and crew present on set. The Rothco team tapped into the shoot via a secure live feed which also incorporated The Sweet Shop director, Mark Albiston, all the way from New Zealand.

The lead TVC, which airs on 25th April, 2021, will be supported across multiple channels including VoD platforms and social media, while other elements of the ‘New Best Friend’ campaign will be live across radio, digital audio, digital display, regional print and activations happening across stores.

Shay Madden, creative director at Rothco, part of Accenture Interactive comments: “On the back of the Woodie’s ‘Mrs Higgins’ Christmas campaign last year, we wanted to create some more magic for summer 2021. The client wanted us to capture the positivity of the new summer season as well as demonstrating an example of how people love where they live. We know heading into this season that people are looking forward to the longer days, brighter weather and that summer brings a whole new sense of optimism. We wanted to capture this spirit as part of our campaign.”

Suzanne Quinn, digital and marketing director at Woodie’s said: “Our homes and outdoor spaces continue to be hugely important, as much of what we do is still taking place here. We wanted to create a piece of film seen through the eyes of a child enjoying his garden, to show there are brighter days ahead with summer on its way. At Woodie’s we believe everyone can be a Homemaker, even as young as Liam with his New Best Friend the Pansy.”

Hilda Lyon, head of marketing at Woodie’s said: “At Woodie’s, we know that gardening is an incredibly mindful and relaxing past time and watching Liam and his mum spend time together in the garden reminds us that this is a hobby that can be enjoyed by all age groups. When children are encouraged to garden, they have the opportunity to develop a hobby that will grow and blossom with them.”