Adorable Little Beasts Are Up to Mischief in New Ziploc Spots 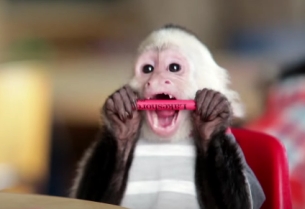 Ziploc has just unveiled a second installment in the brand’s digital film series—Little Beasts.  The series, which launched earlier this year, takes a comedic look at some of the most chaotic scenarios provided by raising children.  The videos make the point that while Ziploc can’t stop the crazy, they can help contain the chaos.

The latest set of films takes viewers Back to School, highlighting instances of all-too-familiar classroom chaos.  Improv actors play the roles of parents and teachers.  And, in a fun twist, the kids are played by animals.

The videos were developed with creative agency partner Energy BBDO.