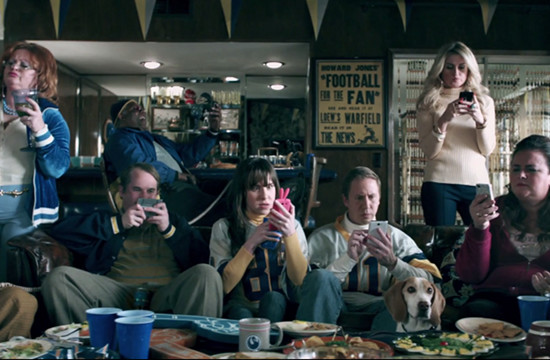 While everyone was debating which Super Bowl ad is the best, Adobe showcased celebrated the brands playing “off the field” through real-time marketing online.

Adobe and ad agency Goodby Silverstein & Partners (GSP) created a business-to-business campaign in which marketers were rewarded during the game for their social media strategies.

The new video, “Quiet", plays online only and was shared via Adobe’s Twitter handle (@AdobeMktgCloud). The ad comically shows the over 50% of Super Bowl viewers who were using a mobile device while watching and the over 25% who say they will be using their device “constantly.”

Those stats and others were quantified through Adobe’s Digital Index, a tool developed by Adobe and GSP to measure not only TV impressions but also online and social impressions. Adobe sponsored the Ad Meter on the USA Today website before and after the game, providing data for media outlets leading into the game and an “inside the numbers” postgame report including Adobe’s social rankings of the brands that trended.

Adobe’s social team and GSP selected the best online marketing by engaging in positive conversations with brands and even rewarding advertisers’ Twitter “war rooms” by sending them gift baskets to help them power through the game. Because if you have to work on a Sunday, there better be at least snacks.

Check the video at: http://adobe.ly/gameday