Adobe Celebrates 25 Years of Photoshop with 60 Seconds of Awesome 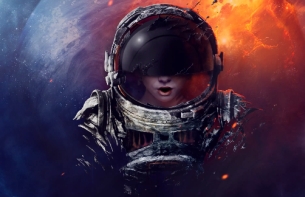 Adobe is celebrating the 25th anniversary of its iconic Photoshop brand with a new campaign that invites us to dream on. The eye-catching digital ad debuted online today on Adobe.com and will be featured during the Oscars (Academy Awards) telecast this Sunday, Feb. 22 (in select U.S. markets only). Watch the ad here and see the announcement for more information about Adobe Photoshop’s 25th anniversary.

The 60-second spot was brought to life using only layered Photoshop files from actual artists and is effectively animated entirely using the software.

To make the ad possible, Adobe once again rallied its large community of passionate users. All the artwork was carefully curated from Behance, the Adobe-owned portfolio website. Artists worldwide contributed to the ad campaign with their most amazing dreams—and their working files with layers. The files were then animated layer-by-layer and frame-by-frame to the original version of "Dream On” by Aerosmith. The entire production was executed in-house at Goodby Silverstein & Partners (GS&P), which closely collaborated with BMG Chrysalis and Sony Music Entertainment to license the iconic song.

"Adobe Photoshop is not only about retouching celebrities or creating fun Internet memes. It's an amazing tool that helps imagination come to life," said Rich Silverstein, co-chairman and executive creative director at GS&P. "It's hard to find something in the last 25 years that hasn't been touched by Photoshop. We wanted to show that once you open a Photoshop file anything can happen. It's an unsung hero, and it was time to sing its praises."

Overall, more than 70 artists collaborated with the campaign—from fashion photographers to designers, illustrators and digital artists, from well-established artists to promising newcomers. As an ode to the movies, heavy hitters from the filmmaking industry also joined in to celebrate the magic of Photoshop. DreamWorks and Twentieth Century Fox Films contributed working files for previous Academy Award winners and nominees including Shrek, How to Train Your Dragon 2, The Hobbit, Avatar and David Fincher’s Gone Girl.

The powerful anthem not only celebrates the past 25 years of magic that Photoshop helped create, but also inspires the artists to keep dreaming, learning and pushing their limits.