ADMA's Creative Of The Year Category Award Launches in 2015 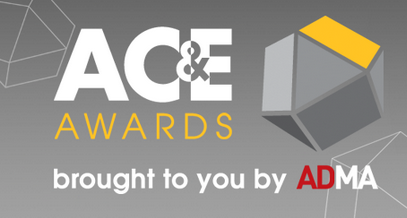 The Association for Data-driven Marketing and Advertising (ADMA) invites the marketing, media and advertising community to enter their best campaigns into the 2015 Australian Creativity and Effectiveness Awards (AC&E Awards).

The AC&E Awards were established by ADMA last year to replace its long-running ADMA awards program and to set a new direction for the industry: to only reward those campaigns that were both creative and effective in equal measure.

“The AC&E Awards are truly representative of the rapidly evolving marketing, media and advertising landscape and we were pleased the industry supported our stance when we launched the new awards in 2014,” said Jodie Sangster, ADMA CEO.

“We were delighted to receive a record number of entries last year and many that nailed the creativity and effectiveness brief. This told us our new awards program was becoming more relevant to more agencies and clients. This was also born out in the attendance at the Awards Night -- 700 people -- which was a record number as well,” she added.

In 2015, ADMA will introduce a Creative of the Year Award, something Ms Sangster felt was missing from the awards line-up.

“We have had a Marketer of the Year, Young Marketer, and Young Creative Awards of Excellence for several years now. It’s only fitting for senior agency creatives to be honoured as well for their hard work, creativity and energy,” said Ms Sangster.

Consideration is limited to campaigns that originated and were executed between January 2014 and July 31, 2015. All entries must be submitted online at www.acandeawards.com by 5.00pm Friday, 31 July 2015, to be considered.

Entries will open for ADMA Young Marketer of the Year and ADMA Young Creative of the Year on Monday, 29 June 2015. Finalists for the AC&E Awards will be announced Thursday, 3 September 2015.

The 2015 AC&E Awards will take place on Thursday, 29 October 2015 at Sydney’s The Star, Pyrmont. To enter your best campaigns and get your ticket to the gala evening, visit www.acandeawards.com