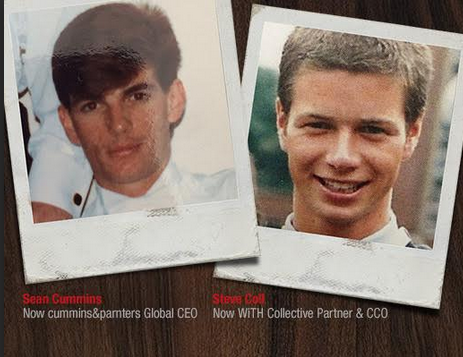 Hey aspiring chief marketing officers and executive creative directors! ADMA and its 30Below network are announcing the opening of the 2015 competitions to find the ADMA Young Marketer of the Year and Young Creative of the Year.

There’s an all-expenses paid trip to New York’s adland waiting for two people aged under 30 who work in the marketing, media, advertising or creative realms.

Deadline to enter is Friday, 4 September 2015 (no extensions). Visit www.30below.com.au/awards/ to enter, learn more, or share with someone you work with.

“ADMA believes strongly in supporting and inspiring the young talent in our industry who will be tomorrow’s leaders. What better way to reward someone than with a trip to New York City to meet some of the industry’s leading lights. You never know where you might end up one day so it’s great to foster some global connections, experience other ideas and even pitch ideas to some of the agencies. You also get to enjoy some of the famous New York landmarks at the same time,” said Jodie Sangster, ADMA CEO.

Entrants need to showcase their marketing or creative talents and demonstrate what makes them potential winners.

“For the ADMA Young Creative of the Year, seeing your campaign come to life is something all creatives would appreciate. And knowing your campaign is going to be seen by everyone in the industry makes it even better,” said Sangster.

The winners receive an all-expense paid trip to New York City in the northern spring to meet leading luminaries at top agencies like R/GA, Anomaly, Merkle Inc. and OgilvyOne. There is also a tour of Google Creative Lab, plus plenty of time to visit well-known New York landmarks, restaurants and bars.

‘Under 30 invite’ is the theme for this year’s campaign launch. This year, ADMA Young Marketer and Young Creative of the Year will be launched with the award-winning creative campaign devised by Brendan Graham, who was a copywriter/strategist at Soap Creative when he won the 2014 award. He was recently appointed to the newly created role of digital and innovation manager at the Brisbane Lions AFL Club.

His campaign is called ‘Under 30 invite’ and features images of current industry leaders when they were in their 20s, with copy inviting those under 30 to enter the ADMA Young Marketer/Young Creative of the Year awards.

“Brendan’s campaign plays on nostalgia. It’s fun for young creatives to look at pictures of industry leaders when they were just starting out in their careers and it will be fun for the leaders to look back at themselves and invite those creatives whom they think should enter the 2015 competitions,” said Sangster.

In April 2015, Brendan Graham and Allister Hercus, the MEC social media strategist who won Young Marketer of the Year in 2014, went to New York to get their introduction to the Big Apple’s advertising and marketing world.

The ADMA Young Marketer and Young Creative of the Year awards are sponsored by Telstra to reward young industry talent. The 2015 winners will be announced at the ADMA Awards Gala Dinner on Thursday, 29 October 2015 at The Star, Pyrmont.