In time for Cannes post-mortem, the soundtrack is created by Cummins & Partners Sydney and Melbourne 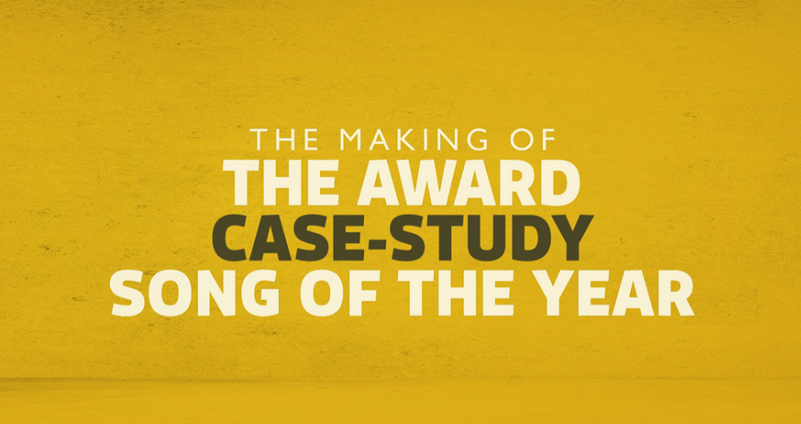 With the results for Cannes 2015 now in, advertising agencies across Australia have already begun the hard road to creating their entries for 2016. So Creative Fuel with the aid of Cummins & Partners Sydney and Melbourne (as well as a host of industry luminaries) have stepped up to help the cause and create something truly useful for our industry - The Award Show Case Study Song of the Year. A meticulously crafted soundtrack guaranteed to emotionally manipulate even the most hardened award juror into coughing up metal.

Designed by the professional musical manipulation team at Song Zu, this song can be used on any product for any client in any category. Creative Fuel spokesperson, Jodie Sangster (CEO of presenting body, ADMA), promised that Australian agencies will be singing the praises of this ingenious case-study soundtrack down la Croisette in 2016.

"It's going to turn problems, solutions and results into gold, silver and bronze trophies," said Sangster. "The air freight bill back from Cannes next year is going to be astronomical."

In the true collaborative style that the advertising industry is famous for, the track was created with the sage advice and input of Ant Keogh, Ben Coulson, Jim Ingram, Ben Couzens, Toby Talbot, Steve Back, Steve Coll, Pat Baron, Mike Spirovski, Georgia Arnott, and Richard Muntz. Descriptors such as ‘game changer’, ‘I hear gold’ and ‘very powerful’ may have been used by some of them when listening to the final track.

Realising that such an important moment in advertising award show history needed to be recorded for posterity - renowned film director Paul Middleditch was asked by Cummins&Partners to unbiasedly document the process. Says Middleditch: “When something this important is occurring, you just stand back and let it happen. Preferably holding a camera.”

The Case Study Song of the Year can be purchased with lifetime rights and comes with a complimentary ticket to the second annual Creative Fuel event, Thursday August 6 at the Seymour Centre in Sydney where it will have its live premiere. Accompanying this incredible musical masterpiece at the event will be some of the finest creative minds and speakers going around, including David Shing from AOL, John Merrifield from Google and Vin Farrell from Havas Worldwide.

At just $965 (roughly the price of one entry into the Cannes Branded Content & Entertainment category) for both a ticket to Creative Fuel and unlimited use of The Case Study Song of the Year, Jodie Sangster claims it to be an extremely savvy investment. “Like the song itself Creative Fuel is an event designed by creatives, for creatives. And the time you’ll save searching for case study songs you can now use to go to this great event about better ideas. The producers at your agency will also thank you.”