Adjust Your Set Team with M&S For Mothers Day 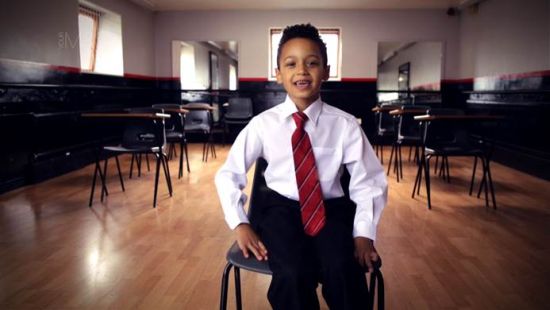 Adjust Your Set, the full service digital content agency, has unveiled a series of brand films for Mother’s Day, in which young children talk about fantasy gifts they would like to give their mothers. The campaign was launched via Instagram.

The brand films aim to portray the consideration that goes into Mother’s Day – with the sincerity that only children can portray. With young children taking the hot seat in their school uniforms, fantasy Mother’s Day gift ideas include “a big dog with spots” and a “dinosaur”. Setting itself apart from the product-focused, commercial approach brands tend to take in the run up to Mothering Sunday, these films communicate the emotion of the occasion and only have a single reference to the retailer, closing with the line ‘What’s the funniest gift you’ve ever received?’.

Adjust Your Set have also created one long-form 60 second hero film, which launched on M&S.com, e-newsletters and social media, as well as a series of shorter edits that are being pushed out periodically in the run-up to Mother's Day. Instagram launched the campaign to encourage and develop conversations with the brand.

Chris Goral Barnes, CEO and Founder of Adjust Your Set, said ““As one of the most emotive platforms,
Instagram was our first choice for soft launching the series for Mother's Day. We wanted to drive a
conversation and Video is the best way to do this in social so we created a series of brand films, focusing
on kids talking imaginatively about their mums and the gifts they'd ideally like to get them. Rather than
using this as an opportunity to promote M&S products, we focused solely on the children and the emotional
response of the viewer to put the heart back into Mother’s Day.
view more - Creative