A+ director Niall O'Brien shows off some fancy footwork 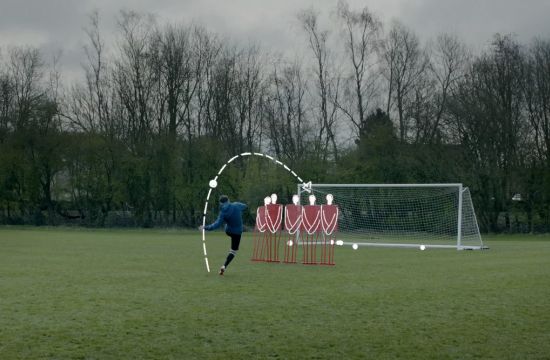 The mysteries of the beautiful game are explored in an adidas spot ‘Unlock the Game’. Shot by A+ director Niall O’Brien, the spot gets philosophical about all things football, bringing to mind the infamous Bill Shankly quote, “Some people believe football is a matter of life and death, I am very disappointed with that attitude. I can assure you it is much, much more important than that.”
It’s a mixed media project that sees animation transposed on top of live action.And the chalky animated figures that appear on screen might be painfully familiar to anyone who has had to sit through a manager or coach’s tirade in the locker rooms at half time – they’ve all jumped straight from the tactic board.
The spot is the first to emerge from BBH Sport, the new division of BBH devoted to all things sport. Though the project was released some weeks ago, the all new director’s cut has now been revealed