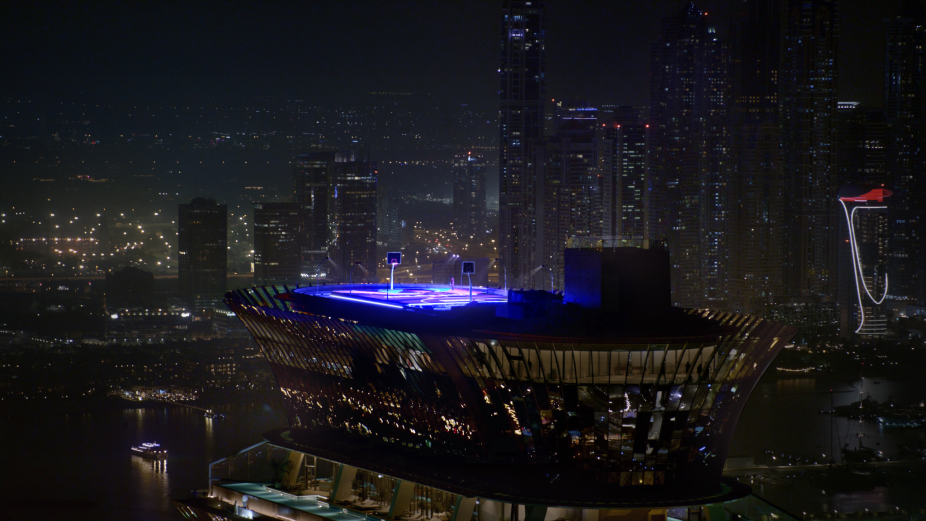 Celebrating the latest Impossible Is Nothing chapter in Dubai, adidas built a basketball court 250m above Dubai for its new I’m Possible activation. With the city’s skyline in the background, the glow-in-the-dark basketball court pulsates on top of a 52-floor tower at the heart of the iconic man-made island, The Palm.

Built using hundreds of UV black lights, LED panels and glowing-in-the-dark paint, the construction took about 100 hours of work on the ground. To give a full scale of the feat and show the full palm, a film was shot from a helicopter more than 1,524m above ground. 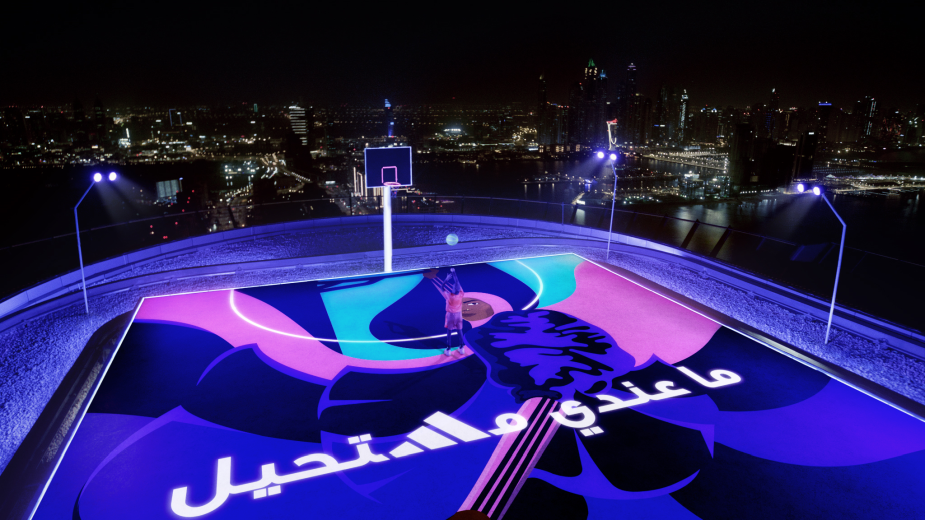 The I’m Possible court features an illustration of Sudanese-British basketball player, poet and activist Asma Elbadawi in a bid to inspire a more inclusive playing field. Asma changed the game for women in sport when she successfully overturned in 2014 the International Basketball Federation’s (FIBA) ban on religious headgear in professional basketball. She represents a generation of athletes committed to carving new paths and creating a better tomorrow for themselves and generations to follow. 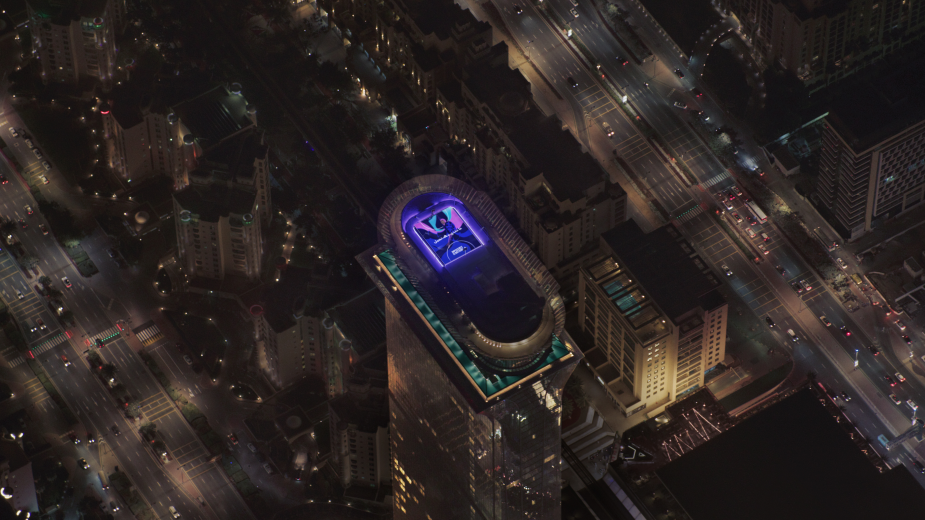 “This campaign could have only happened in a city like Dubai, which constantly defies boundaries and symbolizes possibilities, values shared by both adidas and Asma," says Paul O’Connor, director, brand communications & sports marketing

“When we wanted to end the ban on playing with hijab, they said impossible. But like this city, every time I’m told impossible, all I hear is I’m possible,” says Asma Elbadawi, Basketball player, poet and activist.

Through this campaign, created by Havas Middle East, adidas reinforces its brand attitude, underlining how sport allows us to achieve our ambitions. The brand continues to support all athletes who are driving forces towards gender equality and are breaking down barriers both in and outside the sporting world.