adidas is 'Alive With Pride' in Campaign by iris Worldwide Sydney

Collectable posters to be sold along with Super Rugby team jerseys 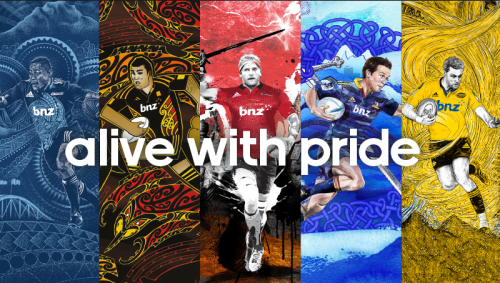 Iris Worldwide Sydney has brought the culture and passion of New Zealand regions to life in a campaign for Adidas with the release of the 2014 season Investec Super Rugby team jerseys.

The Alive With Pride campaign gives the humble jersey a far richer meaning through a series of collectable posters designed by selected New Zealand artists by delving deeper into the stories behind the teams and the cultural significance of their origins.

At the heart of each artwork is the original Adidas jersey design - a centrepiece from which a story evolves, building on the rich history behind each design.

“By adding value with the bigger story of history and meaning behind traditional symbolism, the pride of both players and fans alike extends far beyond the pitch and into the heartland of the provinces,”said Adam Daysh, Marketing Manager for Adidas New Zealand.

Online content created in partnership with New Zealand-based production company Augusto features the players themselves sharing their connection to the region and more importantly their commitment to their team and fans. 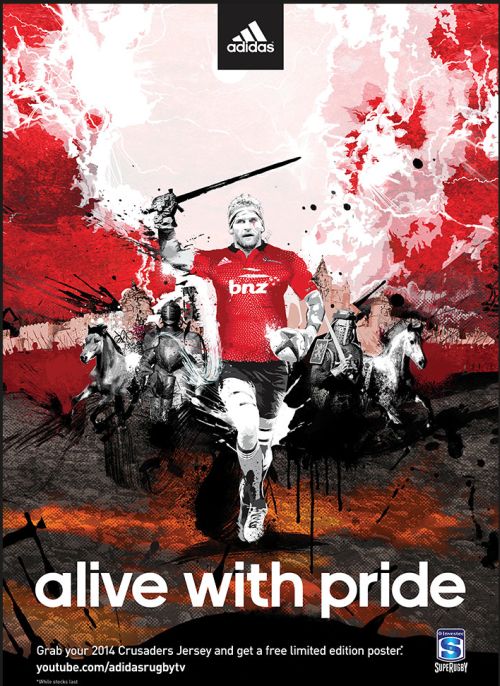 Iris Sydney’s executive creative director Mike Spirkovski said outwardly it appeared to be a simple story but that it reflected a far greater significance.

“The artists’ designs reach far back in to the town, the land and the history of place,” he said. “Rugby is entrenched in the New Zealand psyche in a deeply cultural way. We worked incredibly hard and with due diligence to make this campaign meaningful to the teams, their fans and Adidas.”

Limited edition posters of the striking designs are given as a gift with each jersey purchased.