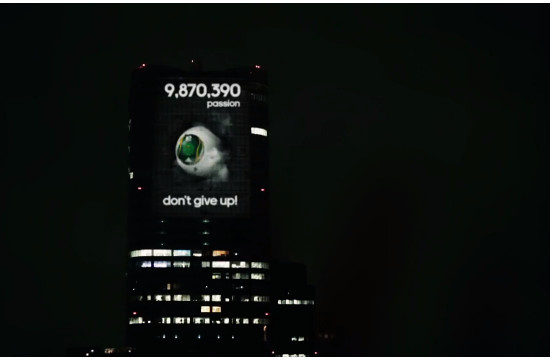 The final qualifier for the World Cup - a must-win to earn a World Cup berth. As an official sponsor and supplier, adidas Japan K.K. wanted to turn the event into an opportunity to make a connection with its audience using the unifying theme of football. The objective was to create an event that Unites and Engages football fans throughout Japan in support of their national team and generate dynamic connections among football fans in support of their team.

To achieve the object, TBWA\HAKUHODO created an event that was both impactful live but could also be shared and engaged with via smartphone.