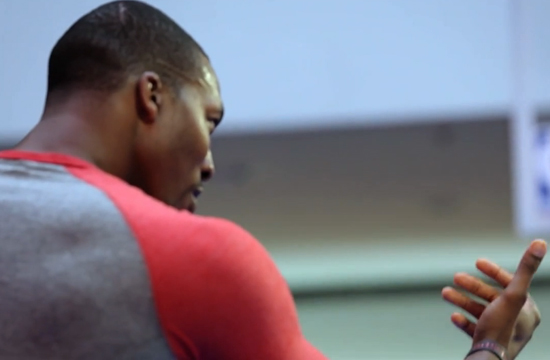 Whenever sports stars come to Asia, they do an autograph session. But when Dwight Howard came to Manila, adidas went all in to do something that had never been done before.

By coding a new ball-tracking program, adidas let Dwight Howard create autographs for his fans with a ball and a court, instead of a pen and paper.

Lucky fans were invited to play one-on-one versus Dwight, with the movement of the ball captured to create a totally unique signature. The signature was then printed onto an adidas shirt, creating a one-of-a-kind piece for the fan to take home.