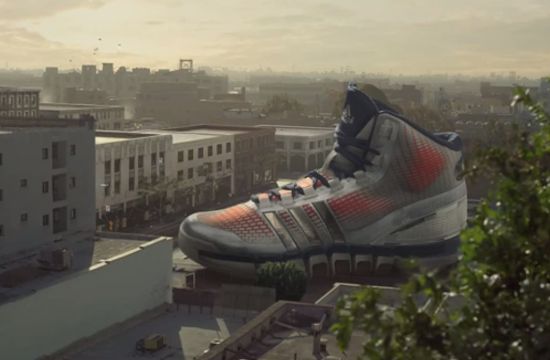 "The technology in this shoe is proven to make ballers quicker," says 180LA copywriter Kevin Steele. "We brought this to life by putting three of the quickest guards in the league inside the giantCrazyquick shoe and showing them using the shoe to crossover and cut up anychallengers."

"Then we worked with A$AP Rocky to co-create an urban tale, similar to a fairy tale but with more swag, to tell the story."