adidas & 180LA Argue "Basketball Is Everything" 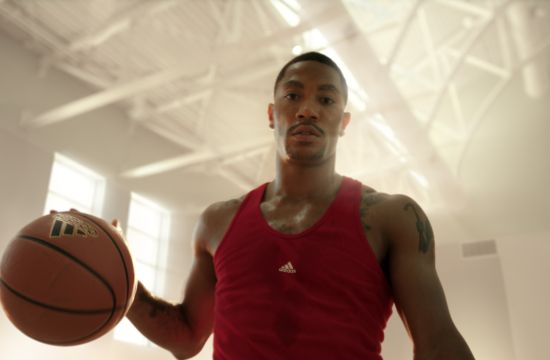 adidas and Derrick Rose today debut, “Basketball is Everything,”  a new commercial that captures the essence of Derrick’s love and dedication to the game of basketball from 180LA. It begins airing today in conjunction with the worldwide launch of the D Rose 4 basketball shoe on October 10.

Along with family, the most important thing in the world to Derrick Rose is basketball and he is dedicated to improving his game and winning a championship for Chicago. If you took away all of the fame and notoriety of his life, he would still be left with what matters the most to him – the game.

"This is our 4th consecutive D Rose signature shoe campaign for adidas,"explains 180LA CCO William Gelner. "It captures Derrick's current mindset as he steps back onto the NBA court for his highly anticipated return and seeks to inspire the world who he is as an athlete and person. For D Rose, above all, basketball is everything."

“Basketball is Everything” begins with Derrick training for the upcoming season then cuts to various scenes that portray his life which include, outside of his home, at his birthday party with family and friends including hip-hop artists Common and 2 Chainz, at a music video shoot with rapper Big Sean and at a famous high-end jewelry store with his brother. The commercial comes full circle by showing Derrick training alone in the gym once again, emphasizing that even if you take away all of the aspects of Derrick’s life that he feels so blessed to have, he would still have the one thing that matters to him most, basketball.

The D Rose 4 basketball shoe is available now for presale at adidasbasketball.com and officially launches with the D Rose signature collection on October 10.