The final day of speaker sessions kicked off in the morning with “Let’s Get Real! Groundbreaking Virtual and Augmented Reality”, a taste of the future presented by Simon Gosling 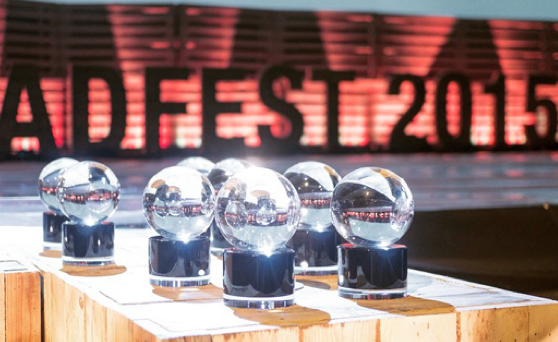 The 18th Adfest wrapped up this year’s three-day Festival with an Awards Presentation at PEACH, Royal Cliff Hotels Group in Pattaya, Thailand on Saturday, 21st March 2015.

1,110 delegates from 53 cities in total attended the event and drank in the line-up of international speakers and the huge exhibition of 3,295 entries across 18 awards categories.

Jimmy Lam, President for Adfest summed up, “We have been fortunate to assemble 56 juries of such high calibre and from very diversified cultural backgrounds.”

“Under the theme "Be Bad", this year’s juries worked very hard to scrutinise every entry. They were determined and successfully awarded those entries that broke down the usual to become unusual and that set the bar higher for the future of marketing communication creativity. They were also extra sensitive to entries that preserved, promoted and celebrated local cultures that are relevant to brands in individual markets.  This is unique to ADFEST’s Lotus Awards and is something that we continue to nurture and encourage.”

He gave his view of ADFEST, “When you see this year’s Lotus winners you will witness work that is pushing our industry forward. The era of advertising as an awareness-building industry is over. Our role is now much bigger. What solutions are we providing? What actions are we encouraging people to take? All the judges at ADFEST this year made an effort to reward work that is making a contribution to brands, to customers and to society at large.”

This year there were 91 entries for Radio Lotus. Jury President Bechara Mouzannar, Chief Creative Officer for Leo Burnett MENA, Beirut said, “The radio campaigns we heard at ADFEST this year were not as insightful as the films we judged, I would have liked to see more rigorous and insightful work entered into this category.”

3 awards were announced, including 1 Bronze and 2 Silver Lotus.

The Silver awards went to Leo Burnett Sydney for Bundaberg Rum ‘Men Like Us Like: Polar Bear/Tasting/Brave’ and Impact BBDO Dubai for Travel Insurance ‘Lebeau/Pedro/Timmy’.

Film Lotus is still the most popular category to enter and this year there were 470 entries for the category.

Film Jury President Bechara Mouzannar, Chief Creative Officer for Leo Burnett MENA, Beirut said, “The Film Lotus Jury was fairly unanimous in terms of the films that should be awarded this year. However, having judged this category at ADFEST last year, I feel the overall quality was a step backwards from last year. That said, there is a wonderful history of storytelling in Asia, and the films that did win a Film Lotus this year were really different and told in an exciting way.”

26 awards were announced, including 12 Bronze, 12 Silver and 2 Gold. There was no Grande awarded for the Film category.

28 awards were given out in total, which included 1 Grande, 8 Gold, 12 Silver and 7 Bronze Lotus awards.

The Grande was presented to Leo Burnett, Sydney for its S-Drive work in Best Integrated Promo Campaign. The work for S-Drive also won Gold in Best Use of Other Digital Media.

Leo Burnett agencies won another three of the eight Golds, including:
· Two Golds for Leo Burnett Hong Kong for The Salvation Army/Crown Relocations ‘Gift Box’ in Ambient Promotion: Small Scale and in Sponsorship/Partnership Campaign
· One Gold for Leo Burnett Melbourne for Slurpee ‘Slurpee Xpandinator’ in Best Use of Merchandising/In-Store Marketing incl. Promotional Packaging

Jury president, Charles Cadell, Asia Pacific President of McCann Worldgroup Asia Pacific, Singapore said, “We saw a lot of use of cool technology in this category. But in most cases, the uses were forced. The jury found that the best pieces were simple. In these cases, technology was a tool that seamlessly supported an idea, rather than being an idea. As a result, the most lauded ideas were best-in-class, not only regionally, but also globally.”

The Promo categories where the other 4 Gold awards were given were:

The Effective Lotus is still a relatively new category at ADFEST 2015 and attracted 48 entries in all. Entries must show results achieved against the strategy as well as the creative work and are judged on all three criteria.

7 trophies were given out in total, which included 1 Grande and 6 Effective Lotus awards.

The Grande was presented to BBDO Guerrero, Manila for its ‘Labels Against Women’ work for Pantene.

Jury president, Charles Cadell, Asia Pacific President of McCann Worldgroup Asia Pacific, Singapore said, “Too often we saw campaigns entered into this category for speculative work created for NGOs and charities. It seems scam ads in our industry used to be about making an ad for the local bike shop. Now, in the digital age, it’s about going to charities and promising them a wonderful idea, and then as soon as that idea wins an award, the agency loses interest in the charity. If you’re going to do charity work for awards, make it meaningful. Otherwise it’s morally corrupt. The work we awarded in this category was genuinely effective and created for genuine clients.”

Media Lotus received 205 entries. There were 25 awards given in the category, including 5 Gold, 9 Silver and 11 Bronze. There was no Grande Lotus awarded in the Media category.

The other two Golds were given to:
· Cheil Pengtai, Beijing for Taikang Accident Insurance ‘A Taikang Moment’ in Best Use of Mobile and
· Leo Burnet Sydney for its S-Drive work in Best Integrated Media Campaign

Jury president, Mitsuyuki Nakayama, President of Dentsu Media Southeast Asia and CEO of Dentsu Media (Thailand), based in Bangkok said, “Media is such a diverse category. Everything can be a medium now. But what it takes to succeed in any of these media subcategories is the same. You need to be able to use the medium to connect the brand to the consumer in a relevant way. The top awarded work in the Media Lotus category succeeded in doing so in bold new ways. They were some of the bravest, smartest pieces of media communication we've seen not just in the region, but also in the world.”

Branded Content and Entertainment Lotus is a new category this year and 97 entries were counted. There were 6 awards given in the category, including 1 Grande and 5 Branded Content Lotus.

The Grande for Branded Content and Entertainment was awarded to Tokyu Agency Inc., Tokyo for ‘ExpandedLTE Network ‘3 Seconds Cooking Shrimp Frying Cannon’ in Best Use of Interactive and Social Media.

Jury president, Mitsuyuki Nakayama, President of Dentsu Media Southeast Asia and CEO of Dentsu Media (Thailand), based in Bangkok said, “This is a new category for ADFEST, so the jury set out to clearly define what makes for good branded content and entertainment. Good branded content and entertainment pieces have to be entertaining and engaging in their own right, even if the brand wasn't prominently featured. After all, this isn't the Film Lotus category. Results are just as important in this category. The best pieces in this category were not just immensely entertaining to watch, but also brought viewers closer to the brand.”

From 23 entries in the Integrated category, there were 3 Integrated Lotus trophies awarded but no Grande for the category.

Grand Jury President, Rei Inamoto, Chief Creative Officer for AKQA, Global explained, “What’s interesting is that the more media channels diversify, the more overlap we are seeing between categories. This year’s Integrated winners utilized media channels in innovative, targeted ways and they are all ideas that are contributing to society in thoughtful ways.”

The 3 Integrated Lotus awards were given out to
· Leo Burnett Beirut for Sakker El Dekkene (Stop the Shop) ‘Lebanon4Sale’
· Leo Burnett Sydney for its S-Drive work and
· JWT Sydney for Breast Cancer ‘I Touch Myself Project’.

ADFEST’s INNOVA Lotus Award is given for outstanding innovation ideas for communication. The category received 32 entries this year. There were 4 awards given out, including 1 Grande and 3 INNOVA Lotus.

Grand Jury president, Rei Inamoto, Chief Creative Officer for AKQA, Global explained the reasons for selecting INNOVA Lotus winners. He said,  “The best ideas in this category demonstrated an unexpected solution to an expected problem. The winners delivered their radical solutions either by harnessing technology in a new, relevant and seamless way, or by using a bold new angle to something that's already out there.”

The Lotus Roots category recognizes and encourages great ideas inspired by local beliefs and values and by the diversity of cultures represented at ADFEST every year.

From 122 entries, there was 1 Grande and 5 Lotus Roots awards.

Rei Inamoto, Grand Jury president and Worldwide Chief Creative Officer for AKQA, Global said, “I was pleasantly surprised to see a large number of finalists in this category, which is all about preserving, promoting and celebrating the cultural uniqueness of each country. The winning work is distinctively inspired by the cultures in which they originate, which makes Lotus Roots a really interesting awards category.”

A Lotus Grande for Humanity Award was awarded to JWT Sydney in recognition for the pro-bono work it entered in the Branded Content and Entertainment category for Breast Cancer ‘I Touch Myself Project’.

Four new directors debuted their short films to the ADFEST delegates today. Each was based on the event’s theme, “Be Bad” and were shown in a session moderated by Michael Hilliard, Jury President of the Film Craft and New Director categories at ADFEST 2015, and Executive Producer at Finch in Sydney.

The final day of speaker sessions for ADFEST 2015 kicked off in the morning with “Let’s Get Real! Groundbreaking Virtual and Augmented Reality”, a taste of the future presented by Simon Gosling. Next came a session moderated by Michael Hilliard, Jury President of the Film Craft and New Director categories at ADFEST 2015, and Executive Producer at Finch in Sydney on the short films produced by the Fabulous Four.

After lunch, Brett Mitchell and Normandy Madden moderated two back-to-back sessions, Crossfire I and Crossfire II with ADFEST Jury Presidents. The two groups examined the work that stood out in each of the Lotus Award categories.

Pum Lefebure, Jury president for Design and Print Craft Lotus presented Design Your Life so You Can Kick Ass 365’, followed by Rei Inamoto, Grand Jury President who took the last slot of the day with his session on ‘Undeniable.