Adfest Opens its Doors to This Year's Delegates 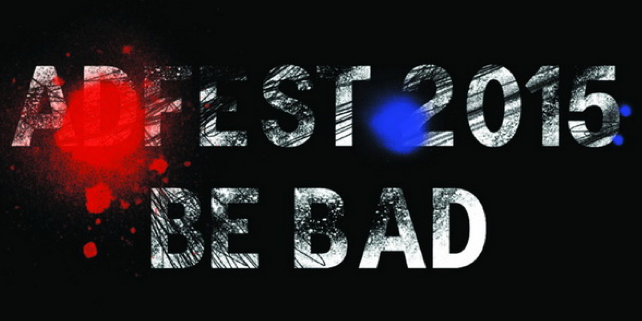 Adfest 2015 opens its doors to delegates on Thursday, 19th March at PEACH, Royal Cliff Hotels Group, Pattaya, Thailand. It is a three-day advertising festival that focuses on celebrating and raising the standard of creativity.

“Be Bad” is the theme for Adfest 2015 and represents a dedication by creative professionals everywhere to produce great ideas that stretch boundaries and buck trends.

Says Jimmy Lam, president of Adfest, “Fantastic work doesn’t come easily. It results from the conviction to find a new angle and disrupt the status quo; it means having the passion to challenge the norm, the average and the mediocre”.

Adfest 2015 has really taken its theme to heart with a ‘street graffiti’ style design using corrugated metal sheeting and spray paint around the event location and the design elements mirrored on the ADFEST.com website.

The Adfest 2015 icon, designed by Maud in Sydney, brings Adfest’s ‘Be Bad’ manifesto to life by showing that rewriting the rules can deliver surprising results.

To kick off Adfest 2015, a 45sec animated film that was inspired by the event’s theme has been created and produced by Yggdrazil Group, in association with Sound Suite Studio who composed a soundtrack to accompany the animation.

There is also the 2015 ADFEST app for Apple and Android phones, which can be downloaded from the APP Store or via a link on the website. It features the programme, jury members, the latest news and videos from Adfestbuzz, the best local restaurants and entertainment plus finalists and winners.

The Adfest 2015 Program of speakers gives delegates plenty of ammunition to fight their creative corner. Many of the 38 invited speakers have integrated the “Be Bad” theme into the content for their sessions.

But the biggest buzz at ADFEST is always reserved for the Lotus Awards. On the evenings of Friday 20th March and Saturday, 21st March the results are announced and presented.

This year, there are 18 different awards categories being judged, as well as Special Awards. One new Lotus Award category is announced this year for Branded Content and Entertainment.

Adfest has received for more than 3,200 entries for the Lotus Awards this year 56 judges, including 8 Jury Presidents from 19 different cities have been invited to join Jimmy Lam, President of ADFEST and guardian of the Lotus Awards.

The full Lotus Jury is headed by its grand jury president Rei Inamoto, worldwide chief creative officer at AKQA, who is based in New York and has been instrumental in putting the agency on the map as one of the world’s most formidable agencies.