Festival will run from 16th to 19th March at the Royal Cliff Hotels Group in Pattaya, Thailand 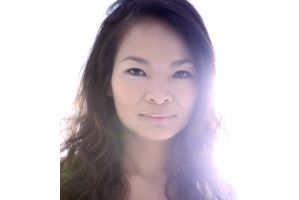 “Being invited to be Jury President is an honour. Especially for a category such as Interactive and Mobile where the sky’s the limit with technology, I’m excited to see what creative minds are capable of. And through the lens of this year’s theme ‘Creative Intelligence’, I’m ready for more meaningful magic that not only showcases this region’s progress but also celebrates our Asian sensibilities,” says Cheng, who recently announced she is joining Facebook in late February as Head of Creative Shop, Southeast Asia.

Cheng devoted the first 10 years of her career to becoming a digital specialist but has since evolved to do more brand building, creating integrated creative solutions for major brands such a Hewlett-Packard, Procter & Gamble, Singapore Airlines, HSBC, Burger King, VISA, Singapore Tourism Board, Changi Airport, Central Provident Fund, Shell and many others.

Over the years, she has made her mark at Cannes, One Show, London International, Effies, Golden Drum, ADFEST and the Webby’s. Under her leadership, J. Walter Thompson Singapore picked up the Best of Show award at Creative Circle Awards in 2012. That same night, they were also awarded Digital Agency of the Year and the Grand Prix for Digital/Mobile.

“We are delighted that Valerie has agreed to oversee this year’s Interactive and Mobile Lotus jury. Not only are her credentials as a digital native incredibly impressive, but she also understands the value of truly integrated thinking. She brings so much experience to the table as one of our Jury Presidents at ADFEST this year,” says Jimmy Lam, President of ADFEST.