Adfest Announces First Round of 2014 Winners 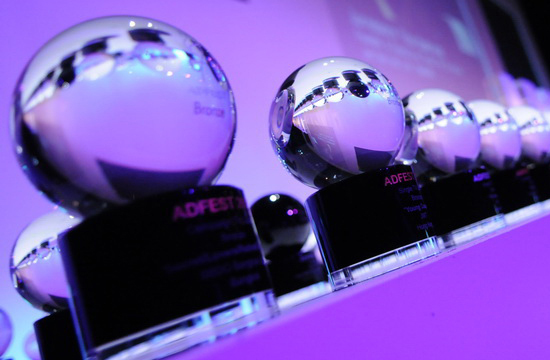 The winners of Interactive, Mobile, Print Craft, Design, Direct, Promo, Press, New Director Lotus (including Fabulous Four) and Film Craft were announced in an Award Presentation at the end of the second day of ADFEST 2014, now in its 17th year, held at PEACH, Royal Cliff Hotels Group in Pattaya, Thailand.

This year there were 1 Grande, 3 Gold, 11 Silver and 6 Bronze in the Interactive Lotus category, as well as 10 Finalists. Dentsu Inc. in Tokyo won this year’s Grande for ‘Sound of Honda’ for Internavi.

“The way it weaved together disparate technologies – from recreating the engine sounds to creating a 3D view of lap using WebGL – was outstanding. This campaign also did a great job of dramatizing something that could have been quite boring and ‘dry’: Honda’s leadership in telemetry technology. Finally, it stirred emotions, which is something still relatively rare in a lot of digital work.”

Three Gold Lotuses were awarded to Mercerbell in Sydney for Allianz Car Insurance’s ‘Be OK’ YouTube button; George Patterson Y&R Melbourne for ‘Anytime, Anywhere’ for the Royal Australian Air Force; and Finch in Sydney was awarded for ‘The Most Powerful Arm’, created for Awareness for Duchenne Muscular Dystrophy.

Now in its second year, there were 2 Gold, 5 Silver and 3 Bronze Lotuses awarded in the Mobile Lotus category, as well as 3 Finalists.

Kelly said, “The quality of entries to this category was a little disappointing, to be frank. Asia is a hotbed of mobile innovation but this wasn’t really reflected in the work we saw. I believe part of the reason is that a lot of the great mobile work is being done by developers who aren’t really aware of advertising shows, and thus don’t enter. This is something I have discovered first-hand.”

“We felt the Gold Lotus winners were worthy winners, but unfortunately this year nothing was outstanding enough to get the Grande.”

There was 1 Grande, 2 Gold, 5 Silver and 10 Bronze Lotus Awards presented in Press Lotus this year. There were also six finalists awarded in Press.

The Grande was awarded to Lowe, Bangkok for ‘Pig/Lamb/Cow’ for Sunlight.

There were 6 Gold, 7 Silver, 9 Bronze and 38 Finalists awarded in this year’s Print Craft category.

Jury President David Park, Founder and Creative Director at Maud in Sydney, said the quality of entries was exceptionally high this year. “We saw a lot of simple, pure ideas that were beautifully executed.”

The six Gold Lotus trophies were awarded to:

There were a large number of winners within the Design category, with 1 Grande, 3 Gold, 17 Silver and 9 Bronze Lotuses awarded, and 42 Finalists.

The Jury was particularly impressed by this year’s Grande winner: ‘Mother Book’ by Dentsu Inc. for an obstetrician company called Bell-Net Obstetrics, an exquisitely crafted the die-cut book that depicts the growth of a baby in a womb, page-by-page.

“Good design is good business these days, and that was really evident in the work entered this year – there was a high level of design thinking. As a designer, I felt there was not much ‘pure’ design work entered and I believe this category could be elevated if more design businesses were invited to take part,” says Park.

“We saw a lot of real craft in the work – print campaigns where the image has been created, then photographed rather than computer generated. Realness seems to be a growing trend. Overall, you can see the Japanese have a deeper understanding of design and craft. They were leading on a lot of levels, although there was strong work from other regions,” he adds.

The Grande was awarded to Hakuhodo Inc. for ‘The Photogenic Beer’ for Kirin Ichiban.

“This is a simple idea that enhanced the perception of Kirin Ichiban Beer's taste, before even your first sip. The idea took the relationship between the consumer and the product to a whole new level. Also, it was very relevant to the young target audience who love sharing the world around them. By creating a beer that was photogenic and hence shareable, the young audience readily shared this product on their social media. But what made this idea really interesting was that instead of developing an ad, this idea involved developing a whole new product,” says Kentaro Kimura, Jury President of Direct Lotus & Promo Lotus, and Co-CEO & ECD at Hakuhodo Kettle Inc. in Tokyo.

The six Gold Lotuses were awarded to:

“When it came to selecting the best pieces of Direct work, the jury asked two questions. Firstly, does the idea build a direct relationship between brand and consumer? And secondly, is the idea well-targeted? You'll find that the Gold Lotus winning pieces in the Direct Lotus category cleverly fused these two elements,” says Kimura.

There were 1 Grande, 7 Gold, 12 Silver and 6 Bronze Lotuses awarded in the Promo category, as well as 20 Finalists.

Dentsu Inc. was awarded the Grande for its ‘Sound of Honda / Ayrton Senna 1989’ campaign for Internavi.

“This piece successfully took technology from Honda that wasn't very interesting, such as telemetry data, and made it interesting. It promoted the company's Honda Internavi system, and Honda's innovative legacy, in a way that moved people. This emotive idea made people who weren't even fans of automotive technology or Formula 1 share the content, which helped to spread it further,” says Kimura.

“The jury judged the Promo Lotus entries based on each idea's ability to move people by stimulating behaviour, and its ability to encourage immediate action. Pieces that demonstrated both these elements rose to the top in the deliberations.”

This year there was only 1 Gold Lotus winner in Film Craft, as well as 6 Silver and 18 Bronze. There were 19 Finalists.

CreativeLand Asia in Mumbai walked away with this year’s only Gold Lotus for ‘The Magic of Frooti’ for Frooti in the Original Music Score category.

Film Craft Jury President, Hozefa Alibhai, Managing Director of 200 not out FILMS in Mumbai, said, “If you think we were stingy with Gold and Silver Lotus Awards, we weren’t. The work just wasn’t up to par this year. There were too many web films, which were self-indulgent and which actually bored the jury, and there wasn’t enough real Film Craft to judge.”

Regarding this year’s Gold Lotus winner in Film Craft, Hozefa said: “The music just lifted the whole film up and sounded beautiful. It was simple, and good.”

This year, there was only one Finalist in the New Director category: Aoi Pro. Inc. (Tokyo) for Nano/Second.

Tokyo director Tomoichiro Setsuda received this year’s Fabulous Four Commendation for the film ‘A Man’, making it most popular short film as voted by the Film Craft Lotus and New Director Lotus jury at ADFEST 2014.

“Everyone loved this film. It has finesse, the casting was very nice. Overall I think the bar has been raised this year. Each of the directors made a very good effort in bringing their films alive. It’s not that easy to go about planning and getting a film ready in just one month,” says Alibhai.

Keisuke Kuroyanagi (Tokyo) and director Adam Graveley (Perth) were all praised by this year's jury for their short films ‘Deads’ and ‘Karen’.

ADFEST hosted two breakout sessions on the second day of this year’s festival: the ADFEST+D&AD Workshop, and the Cirkus Animation Workshop.

“If agencies and clients want cheaper, better and faster, creative needs to be smarter and leaner,” says Marko Klijn, Executive Producer at Cirkus in Auckland, who hosted today’s Cirkus Animation Workshop. “Our workshop was designed to help people find out how to create a realistic animation brief that delivers on quality, not quantity.”