Laura Swinton looks back on the first day of Adfest 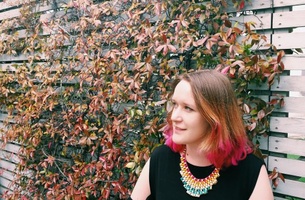 Asia Pacific’s creative star has been shining brightly in the global advertising world for years now, and since 2000 the rest of the world’s interest in Asia (and Asia’s interest in the rest of the world) has been growing ever stronger. China’s ‘economic miracle’ has, naturally, been the headline-grabber of the last decade. But across the region, from Japan and Korea to Thailand and the Philippines, the real story, from a creative perspective, is that of an ever-growing creative confidence. That, in turn, has forced the rest of the world to change the way it talks about and works with the Asian advertising industry. And it’s all so clear at this year’s Adfest.

Adfest 2016 is only in its first day and already we’re hearing stories about a more mature working relationship between Asia Pacific markets and the rest of the world. The West is (perhaps a little too slowly) learning to ditch the patrician condescension and that naïve obsession with the ‘otherness’ of Asia. On the other hand, previously insular nations like Japan and South Korea, fuelled by a switched-on cohort of outward-looking millennials, are looking beyond their borders. In Japan, the heft of Dentsu and Hakuhodo as well as the local talents in the fields of design and technology have meant that the country’s ad industry has been reasonably self-sustaining, but younger creatives and producers are more likely to speak foreign languages and follow their curiosity.

In South Korea, powerful companies like LG, Samsung and Hyundai have already enjoyed the success of being a world-beating brand and their agencies are looking internationally for creative leaders to help shake their creativity loose. Jeremy Craigen, Innocean’s new global CCO, on hand at Adfest as the Grand Jury president, is just one example. In South Korea’s case, the government, as well as planning for it’s economic future, has been channeling time, money and thought into growing its cultural and creative power.

In Thailand, Smoke & Mirrors has just announced a huge new partnership with Oriental Post, one of Bangkok’s biggest post production facilities. Rather than rocking up, colonialist fashion, Smoke & Mirrors has recognised that local talent and insight will be key to expanding in the region. After all, Thailand’s production values have long been world class. And for talent in Bangkok, they’ll now have the added incentive of potential opportunities with Smoke & Mirrors’ other offices in London and New York. It’s a move that’s all about mutual respect rather than land-grabbing – and they’ll be celebrating the new strategic alliance at a party at Adfest on Friday.

Meanwhile, Curious Films’ Peter Grasse announced during his key note speech ‘Production Value Redefined’ that he has recently moved to Japan to learn from and work with the market. Peter told me that the move was driven by Japan’s superlative craftsmanship and its resistance to pressures of shrinking time frames that constrict producers in other markets. Again, Peter has not dived into this blindly and is driven by his love of the work created in the country. Peter’s wife is Japanese, and he is fluent in the language and well-connected with the local industry.

“Having worked in Japan, they have a different way of working which really lends itself to great production values. I got jealous and I wanted to know why. For the past month I’ve been in Tokyo trying to figure out why,” he said of his great admiration for the Japanese approach to craft. He found that producers tend to get involved in projects far earlier in the process and that there’s respect for the talent and process.

And that’s where Adfest is unique as a festival and award show. It’s deeply connected and intertwined with the region. The conversations, the work, the relaxed poolside chat, the slightly sillier night time chat (well, it is Pattaya…) have been a great source of insight into the increasingly confident markets across the region.